Dorothy J. Krasawski, 88, of Sturgeon Bay, died Sept. 20, 2014, at her home. Arrangements are pending at this time and have been entrusted to the care of Huehns Funeral Home & Cremation Services in Sturgeon Bay. Online condolences and guestbook signing may be offered on Dorothy’s tribute page at huehnsfuneralhome.com.

George W. Fischer, 96, Baileys Harbor, died at Scandia Village in Sister Bay on Sept. 22, 2014. He is survived by his wife Martha and daughter Marty Purnell, three grandsons, and five great grandchildren. At George’s request there will be no service at this time.

Frank W. Jilot, 85, of Sturgeon Bay, died on Sept. 21, 2014. On Aug. 8, 1953, he married the former Lucy Fellner at St. Joseph Catholic Church in Sturgeon Bay. He and Lucy founded the Jilot Insurance Agency in Sturgeon Bay, where Frank remained active in the business until his retirement in 1992, and his children continue the operation of the agency. He and his family also operated apple and cherry orchards for many years on Cherry Road. Services were held Sept. 25. Visit ryanfh.com to send online condolences to the Jilot family. 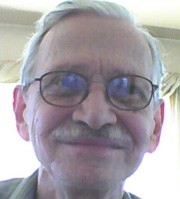 James Byron Davis, 74, of Sturgeon Bay, died on Sept. 19, 2014, at Ministry Door County Medical Center after a short battle with cancer. Jim helped establish Therma Tron X Inc. as one of three partners, and later worked for Peterson Builders Inc. and started his own business, Bay Controls and Design, where he built electrical panels and controls that were shipped all over the world. He was also a partner in the patenting of the osmosis machine, which is widely used today. Online condolences may be offered at forbesfuneralhome.com.

Patricia Ann Rondeau, 84, loving wife, mother, grandmother and friend died on September 19, 2014. She was under the expert loving care of Tom, her husband, and her daughters, Mary Jane and Kate. A service in honor of Patricia’s life will take place at Holy Nativity Episcopal Church in October. The time and date will be available soon. The family prefers memorials in Patricia’s name to be given to the Unity Hospice in Sturgeon Bay. Caspersonfuneralhome.com. 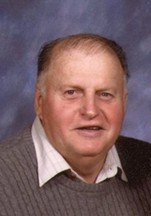 Donald “Dean” Kerscher, 77, of Brussels, died peacefully at home on Sept. 18, 2014, after a long battle with cancer. Dean owned and operated Deans’s Barber Shop and LeRoy’s Feed Mill in Brussels for many years. Funeral services were held Sept. 22 at St. Francis and St. Mary’s Parish in Brussels. Online condolences may be offered at forbesfuneralhome.com.

John Sewell, 69, of Maplewood, died at Aurora Bay Care on Sept. 16, 2014. John worked in sales most of his life, was a volunteer driver for the Red Cross, and currently the treasurer for the Maplewood Sanitary Committee. A memorial service was held on Sept. 22, 2014. Forbesfuneralhome.com.