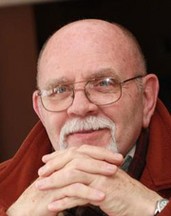 “Fr. Bob” (Robert) Konkol, O.F.M., 68, a member of the Franciscan Friars of the Assumption B.V.M. Province and pastor at Assumption B.V.M. Parish in Pulaski, St. Casimir Parish in Krakow, and St. Stanislaus Parish in Hofa Park, died unexpectedly Nov. 10, 2014, at his home. Here in Door County, Fr. Bob had served the faith communities of Holy Name of Mary Parish in Maplewood, St. Joseph Parish in Sturgeon Bay, and S.S. Peter and Paul Parish in Institute. A Mass of Christian Burial will be celebrated 11 am Monday, Nov. 17, 2014, at Assumption B.V.M. Church, Pulaski.

Betty Holliday, 90, of Baileys Harbor, died at Scandia Village in Sister Bay on Saturday, Nov. 8, 2014. A memorial service is being planned for a later date. Caspersonfuneralhome.com. 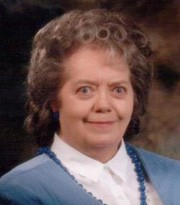 Marilyn Joyce Shannon, loving mother, grandmother and great-grandmother, 88, of Sturgeon Bay, died peacefully Nov. 7, 2014, at Ministry Door County Medical Center. She was married to Russell Bruce Shannon on May 26, 1945. Russell preceded Marilyn in death on Sept. 12, 2009. After years of vacationing in Door County, Marilyn and Russell moved to Sturgeon Bay in 1980. A memorial service was held Nov. 12 at Huehns Funeral Home, Sturgeon Bay. In lieu of flowers, memorials may be given in Marilyn’s memory for Unity Hospice (2366 Oak Ridge Circle, De Pere, WI 54115). Condolences may be offered at huehnsfuneralhome.com. 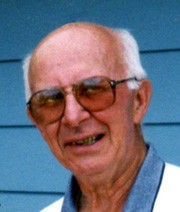 Eugene William Waterstreet, 84, of Sturgeon Bay died at Ministry Door County Skilled Nursing Facility on Nov. 7, 2014. He was born Aug. 15, 1930, in Kewaunee to Ellsworth and Doris (Kuehl) Waterstreet. Gene taught at Sevastopol High School, served as athletic director and coached for many years. He later worked for Peterson Builders until his retirement. He was also a longtime and active member at St. Peter’s Lutheran Church. Memorial services were held Nov. 11 at Forbes Funeral Home, Sturgeon Bay. Online condolences may be offered at forbesfuneralhome.com.

Sidney D. Gault, D.D.S., 87, of Ellison Bay, died at his home on Nov. 5, 2014. He loved Door County and spent many summers here before retiring to Ellison Bay in 1997. He had an unbounding love for his family and his little dog. He was known as “the man with the dog,” traveling everywhere with his miniature red-haired poodle, Pumpkin, tucked under his arm. Special thanks to the staff at Unity Hospice, Martha Coventry at Hearthside, and the many friends and neighbors who came to visit and help. A memorial service will be held at a later date. Caspersonfuneralhome.com.