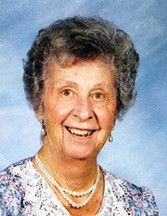 Nancy J. Makuen, 89, of Ellison Bay, died peacefully on Nov. 30, at Scandia Nursing Home, Sister Bay. Nancy is survived by her husband Don Makuen, a brother, Raymond Leicht of Suring, Wisconsin and children Barbara (Lou) Grishaber of New Franken, Mary Bachman of Spanish Wells, The Bahamas, John Lambeau of Suamico, and Stephen Lambeau of Green Bay. Nancy’s family will hold a “Remembrance Service” for her, in the summer of 2015, at a time to be announced publicly. Caspersonfuneralhome.com.

Orrin R. Royce, 72, of Sturgeon Bay, died Nov. 29, 2014, at Ministry-Door County Medical Center. He was born May 31, 1942 in Leona, Wis., the son of the late Deward and Louella (Combs) Royce. Orrin graduated from Sturgeon Bay High School in 1960. Following college he served his country with the U.S. Air Force from 1961 to 1964. He was a captain on the Great Lakes working for Luedtke Engineering of Frankfort, Mich., and Selvick Tugs for 10 years. Arrangements are pending at Huehns Funeral Home.

Benjamin “Ben” A. Logerquist, 82, of Baileys Harbor, died Nov. 29 at Golden Living Center/Dorchester. Ben served in both the Korean and Vietnam wars and achieved the rank of colonel. Ben married the love of his life, Althea M. Hansen on Aug. 22, 1953. They moved back to Door County in 1981 after Ben retired from service. He owned and operated A&B Enterprise in 1984, a heavy equipment operator and machining business. Arrangements are pending at Huehns Funeral Home, huehnsfuneralhome.com. 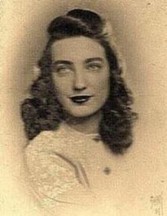 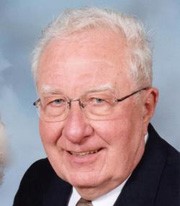 John Patrick Nelson, 93, of Sturgeon Bay, died Nov. 28, 2014. Friends may call at St. Joseph Catholic Church, 110 N. 5th Ave., Sturgeon Bay, on Friday, Dec. 5, 2014, from 10:30 am until the time of the Mass of Christian Burial at 12:30 pm. Military honors will follow the Mass. John will be laid to rest in St. Joseph Cemetery. The family invites friends to gather for lunch at the church. Memorials may be given in John’s memory for St. Joseph Catholic Church. Condolences and guestbook signing at huehnsfuneralhome.com.

Robert “Bob” J. Delorit, 76, of Little Suamico and formerly of Brussels, died on Nov. 28, 2014, at St. Mary’s Hospital, Green Bay. Bob farmed in the town of Forestville and owned and operated Delorit Sales and Services in Brussels for many years. Bob was a past member of the Brussels Lions Club, served as highway commissioner for Door County and Marinette County, was the town chairman of Brussels and had also served on the county board. Funeral services were held Dec. 1. Forbesfuneralhome.com.

John Robert Bowen died on Nov. 26, 2014 in Sister Bay. John spent more than 20 years serving his country in the Navy, including active duty in World War II. John originally came to Washington Island for deer hunting with his friend Jim Boniface. In 1973 they moved to the Island and bought Gordy’s Tap which they renamed JB’s (both of their initials). John later sold his share of the bar to Jim and his wife Marian. Funeral services were held on Washington Island on Dec. 1. Caspersonfuneralhome.com.

A Memorial Service will be held at a future date at Bethel Baptist Church in Ellison Bay. Caspersonfuneralhome.com.

Doris Marcella Kiehnau, 90, of Sturgeon Bay, died Nov. 24, 2014, while residing at Pine Crest Village. On Aug. 9, 1941, Doris married the love of her life, Fred “Fritz” Kiehnau, at the St. John Parsonage in Valmy. They farmed near Carlsville and raised their four children there. A funeral service was held Nov. 30 at St. John Ev. Lutheran Church in Valmy. Condolences, sharing of memories, and guestbook signing may be offered on Doris’ tribute page at huehnsfuneralhome.com.

Eric Rudolf Bengtsson, born Feb. 13, 1921, in Varberg, Sweden, and a longtime resident of Fish Creek, died on Nov. 17, 2014. Eric served in the Swedish Air Force before bringing his family to America in 1954. The family fell in love with the Fish Creek area because it reminded them of Sweden. When Eric retired in 1986, they moved to Fish Creek. A memorial service will be held at a later date. Memorial gifts to Alzheimer’s Foundation of America, 322 Eighth Ave., 7th fl., New York, NY 10001 would be appreciated.