Lee and Tanya Delchambre, Forestville, are the parents of a daughter born on Dec. 14, 2014, at Ministry Door County Medical Center, Sturgeon Bay. 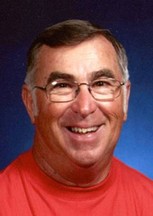 Marvin J. “Benny” Vandertie, 70, of Brussels, died at his home on Dec. 14, 2014. He was in the last graduating class of the old Brussels High School in 1962. On Aug. 27, 1966, he married Lynn Walker. He worked at the Algoma Plywood until buying Haase’s Tap in 1970, changing the name to Benny’s Question Mark. He owned the bar until 1983. Services will be conducted at 11:30 am Dec. 20 at Corpus Christi Parish, Sturgeon Bay. Friends may call at the church on Saturday from 9:30 am until the time of service. Forbesfuneralhome.com.

Timothy J. Ewaskowitz, 57, of Sturgeon Bay, died Dec. 14, 2014, at Aurora BayCare Medical Center in Green Bay after complications from pneumonia. Tim graduated from Sturgeon Bay High School in 1975. He worked for Palmer Johnson until going to work for his father at Gene’s Cabinet and Construction, where he became a skilled carpenter. A memorial service will be held at 6 pm Dec. 22 at the Friends Church, Sturgeon Bay. Friends may call at the church at 4 pm until the time of service. Sign online guestbook and offer condolences at huehnsfuneralhome.com.

Jean B. Young, 82, wife of Douglas A. Young, died Dec. 11, 2014, at the Deerfield Skilled Care Nursing Unit in North Carolina. She and Doug were former residents of Washington Island and she will be interred in the Washington Island Cemetery. Arrangements for a memorial service are pending and will be announced by Groce Funeral Home, grocefuneralhome.com. 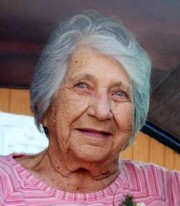 Verna Marie DeMeuse, 92, of Sevastopol died Dec. 11, 2014, at her home. A Mass of Christian Burial was celebrated Dec. 17 at S.S. Peter and Paul Catholic Church in Institute. Burial will follow in the church cemetery. Condolences and guestbook signing may be offered on Verna’s tribute page at huehnsfuneralhome.com. 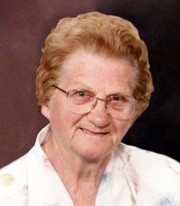 Annabelle Christine Busch, 95, of Sturgeon Bay, died Dec. 10, 2014, at Golden Living Center-Dorchester. She was born May 6, 1919, in Valmy, the daughter of the late Daniel and Virginia (LaLuzerne) Dachelet. On June 25, 1940, she was married to Lester John Busch. Lester preceded Annabelle in death on Dec. 9, 1983. Annabelle worked in the meat department at Piggly Wiggly in Sturgeon Bay for nearly 20 years, beginning in the early 1960s. A Mass was celebrated Dec. 15 at St. Joseph Catholic Church. Condolences may be offered at huehnsfuneralhome.com. 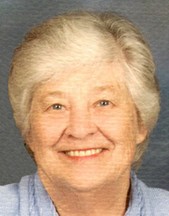 Carol Jean (Timmers) Pflieger, 78, of Sturgeon Bay, died on Dec. 9, 2014, surrounded by her family. Carol graduated from Appleton High School in 1953, and then earned her RN BSN at Marquette College of Nursing in 1958. She and her husband moved to Door County in 1974, and she began work for the Door County Public Health Department. She retired as the director of Public Health in 1991. A memorial mass was held Dec. 17. Memorials may be directed to the Wisconsin Lions Foundation. Forbesfuneralhome.com.