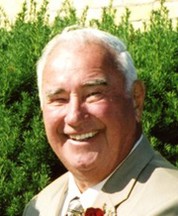 Walter “Bunky” Norman Allen, 85, of Sturgeon Bay died on Dec. 28, 2104. He was a loving husband, wonderful father, proud grandparent, admired brother, devoted Catholic and accomplished teacher. He was a resident of his hometown of Sturgeon Bay and seasonal resident of Naples, Fla. He taught science at Green Bay Premontre for 30 years and received a number of awards and honors including Teacher of the Year. Visitation will be held Friday, Jan. 2, 2015, from 9:30 to 11 am at Corpus Christi Catholic Church in Sturgeon Bay. Funeral mass to follow. Forbesfuneralhome.com.

Shirley Ann Krauel, 83, of Sturgeon Bay, died Dec. 28, 2014, while residing at Golden Living Center-Dorchester. A funeral service was held Dec. 31, 2014. Shirley will be laid to rest in Egg Harbor Town Cemetery. Memorials may be made in her memory to St. John Ev. Lutheran Church. Condolences and guestbook signing may be offered on Shirley’s tribute page at huehnsfuneralhome.com. 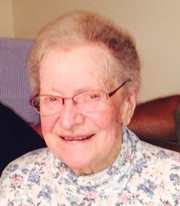 Rita Caroline (Wesoloski) Arbter, 92, of Sturgeon Bay, died at home on Dec. 27, 2014. She married Leo Wesoloski on June 22, 1946. Rita was employed as a CNA at Door County Memorial Hospital for many years. Leo died on March 20, 1961, and she raised four children on her own. In 1987, she married Earl Arbter and he preceded her in death on April 16, 2012. Services were held Dec. 31 at Corpus Christ Church in Sturgeon Bay. Memorials may be directed to the Sisters of St. Francis Convent of Bay Settlement and to Corpus Christi Church. 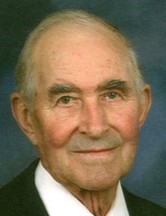 Wallace “Jake” LeCloux, 87, of Sturgeon Bay, died on Dec. 25, 2014, at Bellin Hospital in Green Bay. On Sept. 14, 1948, he married Marie Jeanquart in Namur. She preceded him in death on Sept. 27, 2011. Jake farmed his entire life on the family homestead and also worked at Kewaunee Engineering. Funeral services were held Dec. 29. Entombment will be in the Shrine of Good Shepherd Mausoleum. 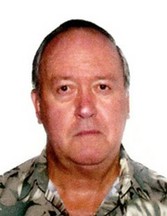 Eleanor “Ellie” Olson, 91, of Sister Bay, died at Good Samaritan Scandia Village on Sunday, Dec. 21, 2014. She is survived by her children, Robert and Susan, and grandchildren and also many other relatives and friends. She was preceded in death by her parents and one son, Richard. A memorial service will be held at the Gathering Room at the Meadows of Scandia Village on Friday, Jan. 9, at 2 pm, with the Rev Bruce Foster officiating.

Joan Beatrice Hanson, 79, of Sturgeon Bay, died Dec. 22, 2014, at Unity Hospice in De Pere. Joan worked in the deli at Econo Foods and sold her crafts and flowers at the Sturgeon Bay Farm and Craft Market for 35 years. On Sept. 26, 1953, she married Charles Lyman Hanson at the Corpus Christi Rectory. He preceded her in death on Sept. 11, 2011. At Joan’s request, there will be no services. Condolences and guestbook signing may be offered at huehnsfuneralhome.com.