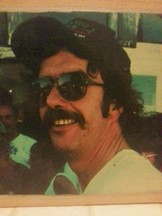 Martin Manson, 62, died at St. Vincent Hospital in Green Bay on Jan. 3, 2015. Marty was a Gibraltar grad, a U.S. Army veteran, a carpenter, a gunsmith, and a jack of all trades. He is survived by a daughter, Jessica, and a sister Beth Stephan, along with many friends and loved ones he would call family. A celebration of his life will take place at Casey’s BBQ, Egg Harbor, on Saturday, Jan. 24, beginning at 11 am. Online condolences may be offered at caspersonfuneralhome.com.

Harold Greenfeldt, 96, died Jan. 3, 2015. As a youngster he worked with his father commercial fishing and that became his life’s profession. He married the love of his life, Arbutus Young, Feb. 28, 1942. They had two daughters, Marsha Mae and Susan Margaret. Arbutus died in June 2014 and he missed her terribly. Memorial services will be held at Bethel Church on Washington Island on Saturday, Jan. 10, 2015, at 11 am. In lieu of flowers, memorials may be given to Bethel Church on Washington Island. Online condolences may be offered at caspersonfuneralhome.com.

David L. Burr, 76, of Naples, Fla., and Sturgeon Bay, died suddenly at his home in Naples on Jan. 3, 2015, after suffering an apparent heart attack at home with his wife, Susan, at his side. Arrangements are pending at this time and have been entrusted to the care of Huehns Funeral Home & Cremation Services of Sturgeon Bay. A complete obituary will be available in the near future. Condolences and guestbook signing may be offered on David’s tribute page at huehnsfuneralhome.com.

Raymond “Ray” Delsart, 86, of Sturgeon Bay, died Jan. 3, 2015, at Golden Living Center-Dorchester. A funeral service with military honors is being planned at Huehns Funeral Home in Sturgeon Bay. Online condolences and guestbook signing may be offered on Raymond’s tribute page at huehnsfuneralhome.com. 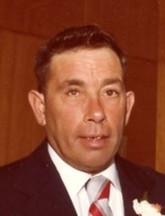 John Herbert Grovogel, 82, of rural Sturgeon Bay, died peacefully with his family by his side on January 2, 2015. He was born on March 20, 1932, in Sturgeon Bay to Arthur and Mabel (Krueger) Grovogel. John served in the U.S. Army on the front lines during the Korean War. He later worked for Maplewood Feed Mill, Krueger-Sperber Logging, Krueger Concrete, and Peterson Builders from 1978 until his retirement. On December 10, 1955, he married Alberta Klansky. Funeral services were held Jan. 5 at Forbes Funeral Home.

Betty B. Carstens, 90, of Sturgeon Bay, died Jan. 2, 2015, at Pine Crest Village with family at her side. A memorial service will be held at Bay View Lutheran Church in Sturgeon Bay at a later date. Arrangements have been entrusted to the care of Huehns Funeral Home & Cremation Services of Sturgeon Bay. A complete life story obituary will be available in the near future. Condolences and guestbook signing may be offered on Betty’s tribute page at huehnsfuneralhome.com. 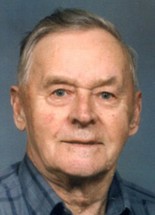 Harry W. Jeanquart, 101, of Brussels, died at Helping Hearts CBRF in Luxemburg on Jan. 1, 2015. Harry farmed and worked at Bay Shipbuilding in Sturgeon Bay. In 1989, his daughter Ellen Bongle died. His wife, Blanche, died in 1997. Harry then enjoyed being with his granddaughter, Pam Bongle, and her three sons. Funeral services were held Jan. 5 at St. Francis and St. Mary Parish in Brussels. Entombment will be in the Shrine of the Good Shepherd Mausoleum. Forbesfuneralhome.com.

Barbara Morrow Ferry, 95, died at Scandia Village Jan. 2, 2015. Barbara was born in Waukegan, Ill., in 1919 to Dwight Morrow, a WWI aviator, and to Lisbeth Spoor Morrow of the Spoor family that founded Essanay Movie Studio in Chicago. Barbara was known for her devotion to her husband and family. Barbara asked that there be no funeral but a memorial service will be held in the summer. In lieu of flowers, consider a donation to Scandia Village, 10560 Applewood Road, Sister Bay or Sister Bay Moravian Church. 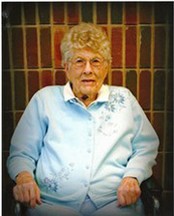 Mabel Sullivan died Dec. 30 at Golden Living Center in Sturgeon Bay, after a brief hospitalization. Mabel celebrated her 100th birthday with family and friends on April 21 and was vigorous and active until a week before her death. Memorial services will be at Golden Living Center at 1 pm Tuesday, Jan. 13, and at Bay View Lutheran Church in April. Survivors include son Robert (Rita), Baileys Harbor, daughter Carol, Spokane, Wash., and grandchildren and families elsewhere. Burial will be at Wisconsin Memorial Park, Milwaukee, next to husband John and her parents. 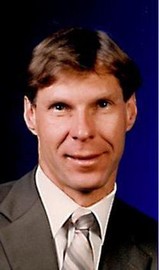 Ronald Alan Murrock, 56, of Bellevue, Wash., died Dec. 30, 2014, from injuries sustained in an automobile accident near Salt Lake City, Utah. He was the son of Robert and Lorraine (Kostreva) Murrock. He is survived by his parents; one brother, Bill (Sharon) Murrock of Sturgeon Bay; two nephews and one niece, Eric and Brian Murrock, Rachel (Justin) Kirwen, all of Sturgeon Bay; other relatives; and friends. Condolences and guestbook signing may be offered on Ron’s tribute pages at rhodescharapata.com or at huehnsfuneralhome.com.

Cuba Siler, 97, of Sturgeon Bay died on Dec. 30, 2014, at the Skilled Nursing Facility. She was born on Sept. 24, 1917, in Arkansas to Ward and Nettie Hunt. She is survived by three children, Alva (Lee Alla) Siler, AK; Ronnie (Toy) Siler, AK; and Beverly (Robert) Purves, Sturgeon Bay; five grandchildren, and two sisters, Mildred Giffin and Faith Reed. Burial and private family services will be conducted in Arkansas. Forbes Funeral Home is assisting the family.