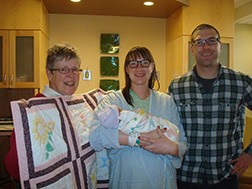 Chapters DF and EI of the P.E.O. International Sisterhood joined together in a special way to celebrate their Founders’ Day (Jan. 21, 1869). P.E.O. (Philanthropic Educational Organization) is passionate about its mission, which is promoting educational opportunities for women. To celebrate, the first baby girl born at Ministry Door County Medical Center on or after Founders’ Day, was presented with an overflowing basket of baby gifts along with an explanation of what P.E.O. is about. Perhaps she or her mother is a future P.E.O. The recipient was Maisie Kelhofer, who was born to Baileys Harbor residents Alissa Ehmke and J.P. Kelhofer on Jan. 22.

Arrangements are pending for a Memorial Mass that will be held at Stella Maris Parish – Sister Bay. A complete notice will be posted when arrangements are finalized at caspersonfuneralhome.com. 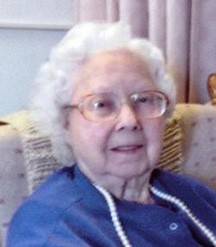 Harriet Louise Batrich, 91, of Sturgeon Bay, died Jan. 25, 2015, at Golden Living Center-Dorchester. She was born Dec. 18, 1923, in the town of Jacksonport, the daughter of the late William John and Josephine Louise (Johnson) Simon. She met her future husband, Raymond John Batrich, while working in Illinois. Ray died on Feb. 4, 1996. Future services will be private. Condolences and guestbook signing may be offered at huehnsfuneralhome.com. 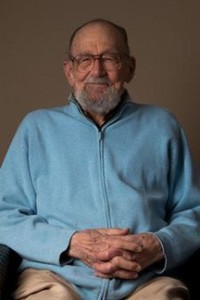 Melvin “Mel” Robert Madel, 92, of Sturgeon Bay, died Jan. 25, 2015, at Ministry Door County Medical Center. Born March 28, 1922, in Chicago, Ill. He married Margaret McIntyre on Sept. 12, 1942, and was drafted Feb. 1943; discharged Feb. ’46. “On the whole, it’s been a good life.” No public services have been planned at this time. Arrangements have been entrusted to the care of Huehns Funeral Home & Cremation Services in Sturgeon Bay. Condolences may be offered on Mel’s tribute page at huehnsfuneralhome.com.

James A. Jorns, 62, of Egg Harbor, died Saturday, Jan. 23, 2015, at his home. He was the son of the late Erwin Jorns and Doris (Ohnesorge) Jorns. James helped his father with well drilling for more than 30 years. He married Susan Schultz Oct. 22, 1977. Family and friends may call at Casperson Funeral Home, Sister Bay, Saturday, Jan. 31, between 1 and 2 pm. In lieu of flowers, memorials may be given to DOOR CANcer Inc., P.O. Box 423, Sturgeon Bay, WI 54235 Online condolences may be offered at caspersonfuneralhome.com.

Alice M. (Lundquist) Brann, 98, of Sturgeon Bay, died on Jan. 22, 2015, at Door County Memorial Hospital. She was a retail clerk at Bunda’s Department Store in Sister Bay until shortly after her marriage to Gordon E. Brann on Aug. 21, 1940. She and Gordon raised their three children in Baileys Harbor. Casperson Funeral Home is assisting the family with private funeral arrangements and burial at the Baileys Harbor cemetery. Memorials may be given in Alice’s memory to Sturgeon Bay Moravian Church or her favorite charities for arthritis, cancer or heart research. 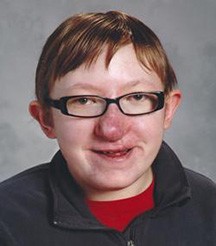 Ginnie Marie Lotz, 17, Nasewaupee, died in her sleep on Jan. 22, 2015. She was born in Sturgeon Bay, the daughter of Carrie Fernandez and Tyson Lotz. Ginnie was a junior at Southern Door High School and was on the honor roll. She enjoyed living and traveling with her grandparents, Daniel and Darlene Fernandez. Funeral services will be held at 11 am on Jan. 24 at St. Peters Evangelical Lutheran Church, Sturgeon Bay. Friends may call from 4 until 8 pm Friday at Huehns Funeral Home and at the church on Saturday from 10 am. Condolences may be offered on Ginnie’s tribute page at huehnsfuneralhome.com. 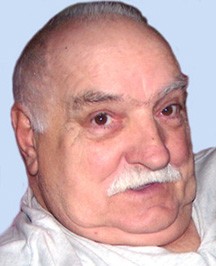 Jackie August Malvitz, 76, of Brussels died at his home on Jan. 21, 2015. He was born Feb. 9, 1938, in Sturgeon Bay to George and Amanda (Corbisier) Malvitz. He served his country in the U.S. Army from 1956-1958. Jackie enjoyed his Harley, tractor, and mule. He also enjoyed fishing with Danny and Nick, hunting and spending time with his friends and relatives. Jackie especially enjoyed picking stones on the farm with his grandchildren and Buddy. Funeral services were held Jan. 25 at Forbes Funeral Home, Sturgeon Bay. 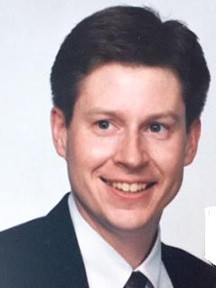 Daniel Harry Maher, 48, born on Feb. 19, 1966, in Evanston, Ill., died on Jan. 11, 2015. He grew up in Northbrook, Ill., graduated from Glenbrook North High School and received a Masters degree in Cartography from the University of Wisconsin-Madison. To cherish his memory, he leaves his parents, Harry & Kaye Maher of Baileys Harbor; his daughters, Kathleen and Anna; his siblings, Emily, John (Lynn) and Kathy (Kevin); nieces and nephews; other family and friends. Donations to the Daniel H. Maher Memorial Fund can be sent to PO Box 85, Baileys Harbor, WI 54202.