On Jan. 27, 1951 she married Wayne Eastman. They lived in Oregon for some time before moving to Sturgeon Bay, where she taught home economics at Sturgeon Bay High School for many years until her retirement. Wayne preceded her in death on March 29, 2012. A memorial service will be held at a later date with times to be announces. Arrangements are pending at Huehns Funeral Home.

Marie Y. Daubner, 89, of Ellison Bay, died on March 2, 2015. Funeral services will be held at St. Rosalia’s Catholic Church, Sister Bay, at 1:30 pm March 7. Friends may call at the church from noon until the time of service. A celebration of Marie’s life will be held at The Mink River Basin, Ellison Bay, after the service. In lieu of flowers the Marie Y. Daubner Memorial Fund has been established. Casperson Funeral Home is assisting the family. 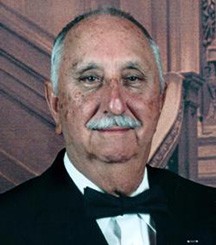 Joseph Ben Borghese, 78, of Egg Harbor, died March 1, 2015, with family at his side. A Mass of Christian Burial will be celebrated at 11 am March 7, 2015, at Stella Maris Parish in Egg Harbor. Joe will be laid to rest in St. John the Baptist Cemetery with military honors. Family and friends may call from 4-8 pm Friday at Huehns Funeral Home, Sturgeon Bay, and at the church Saturday from 10 am until the time of Mass. Condolences may be offered on Joseph’s tribute page at huehnsfuneralhome.com.

Marion Larson, 94, of the town of Nasewaupee died at home on Feb. 28, 2015. Survivors include her two sons, Wade and Ronald; a granddaughter; and sister, Marilyn Zirbel of Sturgeon Bay. She was preceded by her parents; and husband, Alton Larson. Condolences and guestbook signing may be offered at huehnsfuneralhome.com. 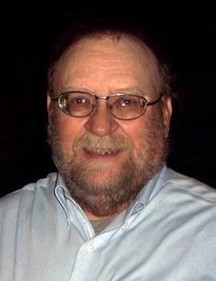 Robert James Whipple, 66, of Nasewaupee, died Feb. 26, 2015, at St. Vincent Hospital in Green Bay with his children at his side.

He was born Aug. 5, 1948, in Sturgeon Bay, the son of the late Raymond Melvin Whipple, Sr., and Bernice Emma (Haskell) Whipple. For more than 30 years, Robert worked as a fitter for Bay Shipbuilding Co. A service was held March 1 at the Jaycee Clubhouse, Sturgeon Bay. Condolences and guestbook signing may be offered at huehnsfuneralhome.com. 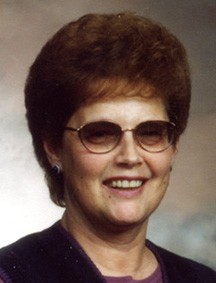 Lynn Mae Charles, 71, of Sturgeon Bay, died at her home surrounded by family on Feb. 24, 2015.  She was born Aug. 24, 1943, in Sturgeon Bay to John and Martha (Olson) Greenway. On June 18, 1960, she married Norbert J. Charles at Corpus Christi Church. Lynn farmed in Gardner with her husband and worked at Doerr Electric and Emerson Electric for many years. Private family committal services will be conducted at the Shrine of the Good Shepherd Mausoleum. Forbesfuneralhome.com.

Lilly A. Velk, 76, died at Ministry Door County Medical Center on Feb. 24, 2015. The family is honoring her wishes and a private family service will be held. Caspersonfuneralhome.com.

Gayle Booth, 100, of Sturgeon Bay and formerly of Chicago, died at Pine Crest Village on Feb. 23, 2015. She was born on June 15, 1914, in Chicago to Simon and Elizabeth Biro. She married Herman Booth, who preceded her in death in 1992. Gayle lived most of her life in the Chicago area and moved to Sturgeon Bay several years ago to be close to her niece, Trudy Herbst. Funeral services will be in Chicago Heights on March 9, 2015. Forbes Funeral Home is in charge of arrangements.

A memorial service will be held at 3 pm on March 13, 2015, at the Unitarian Universalist Fellowship of Door County, 10341 Water St., Ephraim. In lieu of flowers, memorials may be made to The UUFDC Memorial Garden or Door County Land Trust. Visit ryanfh.com to send online condolences to the Gerrits family.