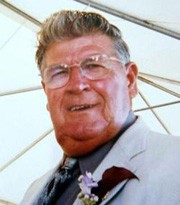 Gary G. Blish, 80, of Sturgeon Bay, died May 3, 2015, at Ministry Door County Medical Center ICU. After his graduation from Sturgeon Bay High School, Gary served in the United States Army. While stationed in Germany, he met his wife-to-be, Gisela Hollinger. Gary was a proud and devoted member of the Sturgeon Bay Lions Club for over 31 years, having served as president, region chair and zone chair, amongst other chair positions. Funeral services will be held 11 am, Friday, May 8, 2015, at Bay View Lutheran Church. Military honors by the United States Army and AMVETS Post 51 will follow. Memorials may be given in Gary’s memory for Lions Eye Bank of Wisconsin programming or Wisconsin Lions Camp. huehnsfuneralhome.com.

Charlotte M. LaPlante, 98, of Sturgeon Bay, died at Ministry Door County Medical Center on May 1, 2015. She was born Oct. 25, 1916 in Sister Bay to Henry and Bertha Beckstrom. She lived in Sister Bay all her life until the last several years when she moved to Sturgeon Bay to be closer to family. Services were held May 5 at Shepherd of the Bay Lutheran Church, Ellison Bay. Online condolences may be offered at caspersonfuneralhome.com.

June Emily Witalison, 88, died April 30 in Sister Bay. She was born June 24, 1926, in the town of Barton, Wis., to Erwin and Dora (Paff) Bastian. She married Arthur G. Witalison in 1948 and their love story lasted for 65 years before Arthur’s death in 2013. June and Art returned to Door county in the mid ’70s where they owned and operated Witalison’s Market in Egg Harbor. June was the first woman to serve on the Egg Harbor Village Board. In lieu of flowers the family would like to have donations sent to the Sister Bay Moravian Church in June’s name. Caspersonfuneralhome.com. 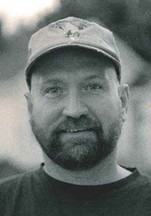 Arthur Mueller, 60, of Sturgeon Bay, died at the Golden Living Center – Dorchester on April 30, 2015. He was born on Oct. 27, 1954, in Jacksonport to Emanuel and Eleanor (Krofta) Mueller. Art most recently worked for Hatco Corporation in Sturgeon Bay. Prior to that he was a partner in the ownership of The Print Shop on Third Avenue in Sturgeon Bay. He had also served as Town Chairman of Sevastopol and was on the Door County Board. A memorial service will be conducted at 11 am May 9 at Hainesville Lutheran Church. Burial will be in Lakeview Cemetery, Jacksonport. Friends may call on Saturday at the church from 10 am until the time of service. Forbesfuneralhome.com. 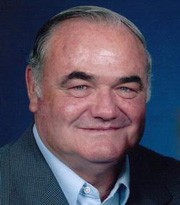 Karl J. Fehl, 70, of Sevastopol, died April 29, 2015 at Scandia Village in Sister Bay. He was born June 29, 1944 the son of the late Byron and Hazel (Stram) Fehl. Karl graduated from Sevastopol High School in 1962 and received a scholarship to UW Madison short program in the school of Agriculture. He farmed with his father on the family farm for many years. Being a lifetime member of FFA Karl was proud to have hosted the first annual Dairy Breakfast at Fehl Acres in 1981. On February 8, 1964 he married Mary Ann Jorns at Sturgeon Bay Moravian Church. A celebration of his life was held May 3, 2015 at Sturgeon Bay Moravian Church. Sign online guestbook and offer condolences at huehnsfuneralhome. 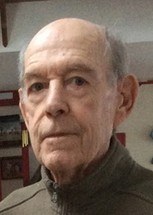 Arthur L. Dilley, 82, of Sturgeon Bay, died at home on April 27, 2015. He was born on April 7, 1933, in New London, Wis. Art worked for Dairyland Seed Company in West Bend for most of his career, retiring as national sales manager in 1995. In 2000, Art and his wife Mary moved to Sturgeon Bay where he rebuilt their cottage into a year-round bay-front home. Family and friends are invited to a “Celebration of Art’s Life” at Art and Mary’s home at 1 pm Saturday, June 6, 2015. Online condolences may be offered at forbesfuneralhome.com.

Karen Smuda, 74, of Baileys Harbor, died while on vacation in Tucson, Arizona, on April 14, 2015. She is survived by Jerry, her loving husband of 48 years, sister, Patti Wiens, brothers Reverend Tom Eklo and Mark Eklo (Debbi), seven nephews, four nieces, one grand-niece and one grand-nephew. Memorial service will be held at the First Baptist Church of Sister Bay on May 23 at 1:30 pm. Visitation at noon prior to service. In lieu of flowers, memorials can be made to the Delaware County Christian School as the Karen L. Smuda Endowment to be used for college scholarships.