Funeral services will be held on Tuesday, May 19, 2015, at 11 am at Immanuel Lutheran Church in Baileys Harbor. A complete notice will be posted when the information is available at caspersonfuneralhome.com.

Dorothy M. Krowas, 93, formerly of Baileys Harbor, died at Whispering Heights CBRF on May 10. She was born in Carlsville to Erich and Ella (Benzow) Goll. She married Charles Krowas of Baileys Harbor on Aug. 9, 1939. He preceded her in death in 1997. They took over his father’s farm, which became Krowas Orchard. In lieu of flowers, memorials may be made to Zion Lutheran Church. Visitation will be held May 15 from 9:30 to 11 am at Zion Lutheran Church, West Jacksonport. Funeral service will follow at 11 am. Caspersonfuneralhome.com. 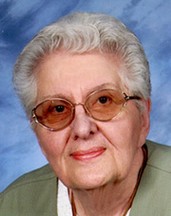 Constance Olivia Anderson died on May 9, 2015. She was born Sept. 3, 1922 in Vignes to Bertha (Arneson) and Oscar Johnsrud. She graduated from Sturgeon Bay High School. On Feb. 14, 1942 she and Peary M. Anderson were married. She and Peary were proud of their Norwegian heritage and enjoyed traveling to Norway and other places. Peary died in 1998. Services will be held 11 am Saturday, May 16, 2015 at Bay View Lutheran Church, with visitation from 10 am until time of service. Forbes Funeral Home is assisting the family. 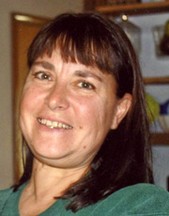 Peggy S. Wautier, 57, of Brussels, died at home with her family by her side on May 7, 2015, from breast cancer. Peggy was born Jan. 23, 1958, to Donald and Donna Lardinois. She graduated from Southern Door High School in 1976. On March 19, 1977, she married Allan Wautier in Brussels, he preceded her in death on March 27, 2014. Peggy worked at Bay Shipbuilding, Midwest Wire, Marine Travelift and Palmer Johnsons until illness forced her retirement. Services were held May 12 at Forbes Funeral Home, Sturgeon Bay. 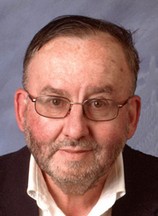 Dennis Wiese, 57, of Brussels, died at home on May 7, 2015. He was born Jan. 26, 1958, to Clarence and Leona (Dufek) Wiese. Dennis served his country in the U.S. Army from 1976 – 1980. He was employed by Sonny’s Pizzeria in Sturgeon Bay. Dennis loved playing cards with family and friends. He also liked putting jigsaw puzzles together. Services were held May 12. Forbesfuneralhome.com.

Dorothy W. Angstadt, 91, of Baileys Harbor died on March 24, 2015. A memorial Mass will be held on Tuesday June 2, 2015, at 11 am at Stella Maris Parish – Baileys Harbor Site. Caspersonfuneralhome.com.

Mildred Walworth, 89, formerly of Sister Bay, died on Jan. 21, 2015, in Hermitage, Mo. where she moved in August 2014 to be with her family. Her husband Vinton preceded her in death. She is survived by her children, Tim (Tara), Tom, Terry (Linda), Tony and Terese. She is also survived by grandchildren and great grandchildren. A memorial service will be held at Stella Maris Church – Sister Bay site on May 21 at 11 am. Caspersonfuneralhome.com. 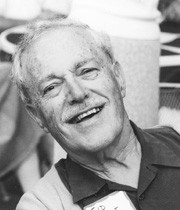 A memorial service for Sidney D. Gault, who died at his Ellison Bay home on Nov. 5, 2014, will be held at 4 pm on May 23 at the Unitarian Universalist Fellowship of Door County, 10341 Water St., Ephraim.