Steve and Kim Thomas, Sturgeon Bay, are the parents of a son born on May 29, 2015, at Ministry Door County Medical Center, Sturgeon Bay.

Silver Lake College announced its dean’s list for the spring 2015 semester. Honorees include full-time undergraduate students who earn a semester grade-point average of at least 3.5. Kamme Volkmann of Sturgeon Bay was named to the 2015 dean’s list. 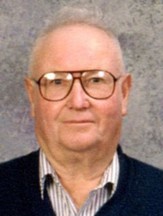 Aloyd Arlin DuBois, 86, of Sturgeon Bay died at the Algoma Long Term Care Unit on May 31, 2015. He was born Jan. 25, 1929, to Jule and Jennie (Delongville) DuBois in the Town of Gardner. Aloyd took over his parents’ farm when he was in high school and lived his entire life on the family homestead. On Oct. 20, 1956, he married Mary Ann “Tootie” Feest in Maplewood. Together they raised five children. Funeral services were held June 3, 2015, at St. Francis and St. Mary Parish in Brussels. Forbesfuneralhome.com.

Nancy Keehan, 46, of Baileys Harbor, died May 28, 2015, at home. Nancy was born Jan 13, 1969, daughter of the late Felix and Donna (Eisenman) Mancheski. She attended St. Norbert College, graduating with a degree in business administration. She married Patrick Keehan on Sept 11, 1993. Nancy worked for the Gibraltar School System in Fish Creek from 1991 to the time of her passing. Survivors include her husband, daughter Kayla, stationed in Ft. Bragg, N.C., and son Kyle. Services were held June 3. In lieu of flowers the family ask that you make a contribution to the charity of your choice in Nancy’s name or The American Cancer Society, PO Box 22718, Oklahoma City, OK, 73123-1718. caspersonfuneralhome.com.

Clayton John Haen, Jr., 77, Town of Egg Harbor, died May 27, 2015, at the Unity Hospice Jack and Engrid Meng Residence in De Pere with family at his side. Services were held June 1. Condolences and guestbook signing may be offered at huehnsfuneralhome.com.

A memorial service celebrating the life of Cynthia Carole Taubert will be held 1 pm Saturday, June 13, at the Unitarian Universalist Fellowship of Door County, 10341 Hwy. 42 in North Ephraim.