Moreland Fandrei (Mort), 81, of Ellison Bay, died June 22, 2015. He is survived by his loving wife Margaret (Marge), son Mordy Jr. (Kathie) Fandrei, daughter Colleen Purdy, son-in-law Thomas Czarnecki, sister Goldie Lundquist, 14 grandchildren, and 19 great-grandchildren. A memorial service to honor his life will be held June 27 at 4 pm at Bethel Baptist Church, Ellison Bay, with a reception to follow at the church. In lieu of flowers, memorial contributions to Bethel Baptist Church in Mort’s name would be greatly appreciated.

Eleanore J. (Kush) Hanson, Liberty Grove, died on June 21, 2015. She was born in Wimber, Penn. on April 11, 1939 to Theodore Kush and Liberty Joyce. She married Samuel Hanson (deceased) in 1958. Funeral Mass will be held on June 26 at Stella Maris Parish, Sister Bay site at 11 am with the Rev. David Ruby officiating. Visitation will be held from 9 am until time of Mass on Friday at the Church. Online condolences and registration may be offered at caspersonfuneralhome.com. 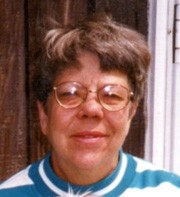 Marcella Panhorst, 79, of Sturgeon Bay, died on June 21, 2015, in Green Bay. She was born on May 28, 1936, in Cherokee, Iowa, to Walter and Margaret Denny. Marcella owned and operated a printing company in Chicago for a number of years. After she sold the business, she moved to Door County where she worked for Emerson Electric, 27 Pines Golf Course, and the Maritime Museum. At Marcella’s request there will be no formal service. Burial will be in Iowa. Forbes Funeral Home is in charge of arrangements.

Dale C. Hilander, “Cousy,” 73, of Ellison Bay died on Friday, June 19, 2015, at St. Vincent’s Hospital in Green Bay surrounded by his family. Dale was born on February 7, 1942, in Ellison Bay, son of the late Kenneth and Augusta (Schultz) Hilander. Dale enjoyed fishing and hunting with family and friends. His greatest passion was working the land with his backhoe “Old Smoky.” Funeral services were held June 25 at Christ Lutheran Church, Sister Bay. A memorial will be established in Dale’s name.

Dennis Arthur Meyer, 65, of Fish Creek died at St. Vincent’s Hospital in Green Bay on June 18, 2015. He was born March 8, 1950, in Sturgeon Bay to Vernon and Jeanette Meyer. Dennis attended Sturgeon Bay High School. On November 21, 1970, he married Sue Hille. He was employed at Bay Shipbuilding, Mariner Resort and was a self-employed woodworker. Services were held June 25. In lieu of flowers, memorials may be directed to Zion Lutheran Church and School, Door Cancer and the Door County Humane Society. forbesfuneralhome.com. 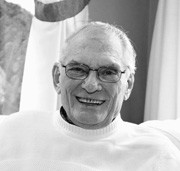 Donald Alfred Johnson, 92, of Washington Island died June 18, 2015. He worked as a commercial fisherman in the waters off Waukegan and Washington Island. Don and his wife Daryl, who were married for 66 years, owned and operated Don’s Dock, a restaurant and retail fish market in Des Plaines, Ill., from which they retired in 1983. Don served in U.S. Navy in the Pacific during World War II. He is survived by his wife, four children, 10 grandchildren, and five great grandchildren. A life celebration will take place Sunday, July 5, at 1 pm at the Washington Island Cemetery, and from 2 to 5 pm at Sunset Resort.