Ben and Kristina Hubing, Sturgeon Bay, are the parents of a daughter born on July 15, 2015, at Ministry Door County Medical Center, Sturgeon Bay.

Rudolf Emil Scheerer served in the Navy through World War II. He returned to the states for a new ship that was being built in Sturgeon Bay, where he met the love of his life, Evangeline “Mae” Hulbert. They were married Nov. 26, 1944. They raised their family in Hinsdale, Ill., and retired in 1982. In 2002, they moved into The Meadows at Scandia Village. Rudy was preceded in death by his wife on Oct. 1, 2007. A service was held July 23. A memorial fund has been established at First Baptist Church, Sister Bay. Caspersonfuneralhome.com. 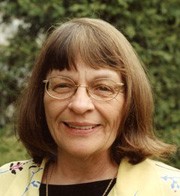 Pat spent the morning of July 18 with her husband Dave on the deck watching birds. When the rain picked up, she and Dave went inside. She looked into Dave’s eyes and Dave took her into his arms and gave her a hug and Pat’s soul was released. A memorial mass will be conducted at St. Joseph Church at 11 am on July 31, 2015. Friends may call at the Forbes Funeral Home on July 30, from 4-8 pm and at the church on Friday. Pat would like people to share stories about their relationship with her in the style of a roast.

Darleen D. Franke, 64, of Fish Creek, died on July 16, 2015, at Golden Living Dorchester, Sturgeon Bay. She was born in Sturgeon Bay to Milton and Dorothy (Mellott) Bongle. Darlene worked as a nurse at many places in Door County. She married Daniel Franke in Egg Harbor on Sept. 25, 1971 and he preceded her in death on June 13, 2000. In lieu of flowers, the Darleen Franke Memorial Fund is being established, 8823 Triangle Road, Fish Creek, Wis., 54212. Online condolences may be offered at caspersonfuneralhome.com. 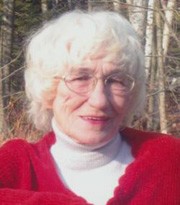 Dolores A. Diels, 79, of Sturgeon Bay, died July 16, 2015. She was born in Merrill, Wis., the daughter of the late Herman and Hazel (Guerin) Genrich. Dell was a fun-loving woman who could brighten a room. A celebration of her life will be held from 11 am to 5 pm on Aug. 8 at the Sturgeon Bay Knights of Columbus Hall. In lieu of flowers, donations will be accepted and may be made to Dell Diels or Pam Meyer at 7880 County A, Baileys Harbor, WI 54202. huehnsfuneralhome.com.

Marie K. Hill, 99, of Sister Bay died on July 15, 2015, at Hearthside Cordial Care in Sister Bay. Following Marie’s wishes there will be private family graveside services now with a Memorial Service at Scandia Village in Sister Bay at a later date. Caspersonfuneralhome.com.

Amanda Kay (Willemon) Swanson, 36, of Escanaba, Mich, formerly of Sturgeon Bay died July 5, 2015. Born May 31, 1979, in Green Bay, she is the daughter of Mike and Nancee (Depner) Willemon. She attended school at Southern Door and Sturgeon Bay and graduated high school in Aransas Pass, Texas. Amanda worked in the activity programs in and Escanaba nursing home and enjoyed taking care of older and disabled people. At the request of the family, there will be only a private memorial. Condolences may be offered at huehnsfuneralhome.com. 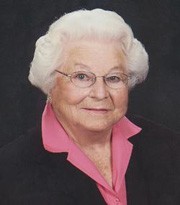 Anne K. (Brandl) Coisman, 100, died in Brownsville, Texas, on June 29, 2015. She was born to Charles and Barbara (Seidl) Brandl in Nasewaupee. Anne taught school at Lincoln School in Nasewaupee, Brussels Grade School and Maplewood Grade School. For 35 years, Anne led the 4-H programs in the area. Services were held July 25 at Holy Name of Mary Catholic Church in Maplewood. Condolences may be offered at huehnsfuneralhome.com.