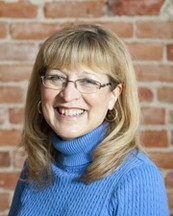 Susan “Sue” Sherman, 61, died on Sunday, August 2, 2015. She was born Nov. 29, 1953 in Milwaukee, the daughter of Richard and Marion (Leonard) Saulig. On Dec. 16, 1972, she married Steven Clark Sherman. In 1996 they bought the Village Green Lodge in Ephraim. Sue was devoted to her family, especially being a grandma. She was an amazing cook and was featured on the television show Living With Amy. Sue was the first one to step up if she saw someone in need, even when she was sick she continued to organize and take care of details for family, business, and friends. A celebration of her life will be held at 11 am on Monday, Aug. 10, at the Ephraim Moravian Church. Friends may call at the church from 3 to 7 pm Sunday, Aug. 9. In lieu of flowers, memorials may be given in her memory to the Ephraim Moravian Church or the Sue Sherman Memorial Fund, an education fund for her grandchildren established at Baylake Bank. Condolences and guestbook signing may be offered at huehnsfuneralhome.com. 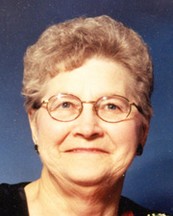 Joan B. (Claflin) Pagels, 82, of Sturgeon Bay, died at Golden Living Center Dorchester on Aug. 2, 2015. She was born Oct. 23, 1932, in Door County to Roy and Esther (Vetter) Claflin. Joan was the great-great-granddaughter of Increase Claflin, who was the first white settler in Door County. She married Arthur Pagels, Jr. on Sept. 12, 1953; he died on April 15, 1990. Funeral services will be at 11 am Aug. 7, 2015, at Salem Lutheran Church. Burial will be in the church cemetery. Forbesfuneralhome.com. 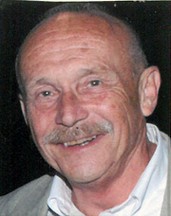 Bob Herschberger, 68, of Tacoma, Wash., and Washington Island, died on Jan. 19, 2015. Bob was born on July 22, 1946 to Jack and Helen (Williams) Herschberger. Born and raised on the Island and vacationing every summer, it was fitting that Bob’s family and friends gathered on Aug. 8 at Hotel Washington in the Jensenville neighborhood to remember his life. Brother John Herschberger and sister, Ann Young are residents of Washington Island.

Orvin Jarold Svien of Ellison Bay and Mesa, Ariz., died July 31, 2015, while in hospice care in Mesa. He was born on June 12, 1918, near Dalton, Minn. Orv served in the Army during WWII and earned a BS degree from UW-Madison in 1949. He is the son of Claudina Pikop and Helge Svien and husband to Dorothy June Svien, (nee Glye). They married in 1946 and raised five children. Orv is best known for his efforts in saving The Clearing Folk School in Ellison Bay. In lieu of flowers, please send gifts to The Clearing, or to Bethany Lutheran Church, Ephraim. A memorial service will be held at 11 am on Aug. 29 at Bethany Lutheran Church.