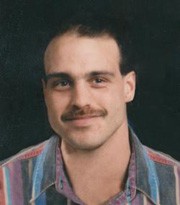 Donald J. Rathe, 48, of Sturgeon Bay, formerly of Green Bay, died Aug. 23, 2015, at St. Vincent Hospital after battling cancer. He was born August 2, 1967, the son of Gerald Rathe and Shirley (Jandrin) Rathe. Don graduated from Southern Door High School in 1986. He worked for Dress Beef in Green Bay for more than 20 years. Don also enjoyed working for the Packers. Funeral services will be held 3 pm Friday, Aug. 28, 2015, at Huehns Funeral Home in Sturgeon Bay. Friends may call at Huehns Funeral Home on Friday from noon until the time of services. In lieu of flowers, memorials would be greatly appreciated by the family. huehnsfuneralhome.com. 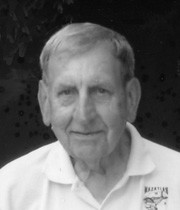 Raymond N. Kaminski, 79, Sturgeon Bay, died at his home on Aug. 24, 2015. Ray was a farm boy at heart and loved the outdoors and nature. He was a kind man who fed the rabbits, birds and squirrels and enjoyed his garden. He was knowledgeable about fruit growing and took pleasure in teaching others what he learned. Ray served as superintendent of Fruit and Vegetables at the Door County Fair for many years. A family service will be held at a later date. In lieu of flowers, the family is requesting that donations be made in his name to the Sturgeon Bay Lions Club. Forbesfuneralhome.com.

Joseph “Paul” LeMere Jr., 85, formerly of Sturgeon Bay, died Aug. 23, 2015, at his home in Kentucky. Paul was born in Sturgeon Bay, the son of the late Joseph and Margaret (Parent) LeMere. Following his graduation from high school he graduated from UW-Madison in electrical engineering. He then served his country in the U.S. Army during the Korean War from 1951 to 1953. Arrangements locally are being entrusted to Huehns Funeral Home. There will be a memorial mass announced shortly. Sign online guestbook and offer condolences at huehnsfuneralhome.com. 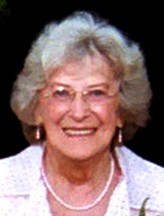 Marie Margaret (Wulf) Mikels, 87, died on Aug. 21, 2015. Marie graduated from Gibraltar High School and earned her teaching degree from Algoma Normal School. She earned her master’s degree in cooperative learning from UWGB. She taught elementary school first in Sturgeon Bay and then at Sevastopol for a combined 25 years. On August 22, 1948, Marie married her sweetheart, Robert Mikels in Sturgeon Bay. They were married for nearly 66 years before Bob went home to heaven. Not wanting to spend another anniversary without him, Marie followed him to heaven just one day before their 67th anniversary. Services were held Aug. 27 at St. Peter’s Lutheran Church, Sturgeon Bay. Forbesfuneralhome.com. 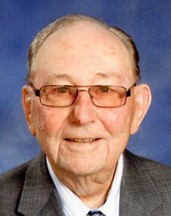 Jackie “Jack” Aschoff, 66, of Ellison Bay, died at his home on Aug. 19, 2015. Respecting his wishes he was cremated and a gathering will be held at a future time. 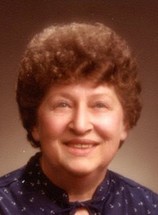 Mercedes “Marcy” Birmingham, 91, of Sturgeon Bay, died on Aug. 19, 2015, at St. Mary’s Hospital in Green Bay. She was born on March 2, 1924, to Joseph and Alice (Huebner) Fischer. On June 18, 1943, she married Donald R. Birmingham, he preceded her in death on Sept. 5, 1993. Marcy worked as office manager for Plecks Dairy for 15 years. Later, she was the first office worker at the newly constructed electric company built by the Doerr Brothers in 1965. Marcy was employed by Doerr Electric for 20 years. Funeral services were held Aug. 24. Forbesfuneralhome.com.

Suzanne M. Derby, 79, of Sturgeon Bay, formerly of the Appleton area, died Aug. 16, 2015 at her home. She was born July 10, 1936 in Oshkosh the daughter of the late Charles and Marie (Grimes) Derby. After making her way out west, Sue would eventually become the country’s first woman ski resort manager. She would retire from her love of the mountains and skiing after a full career as the operations manager for Ski Shasta Resort on the famous Shasta Mountain in northern California. Sue would then retire and live in Door County. At Sue’s request there will be no public services. She will be interred near the Rocky Mountains as she requested. huehnsfuneralhome.com.

Denis Edward Bay, 82, retired Air Force Lt. Col., of Sturgeon Bay, died Aug. 16, 2015, while at Ministry Door County Medical Center. He was born March 5, 1933, in St. Paul, Minn., the son of the late Daniel Edward and Ida Margaret (Searth) Bay. Denis was a graduate of Sturgeon Bay High School, Hamline University in St. Paul, and the United States Air Force Cadet Program. He was united in marriage to June Helen Sacotte on July 30, 1955. They were blessed with more than 60 years of marriage. Arrangements have been entrusted to Huehns Funeral Home & Cremation Services, huehnsfuneralhome.com.