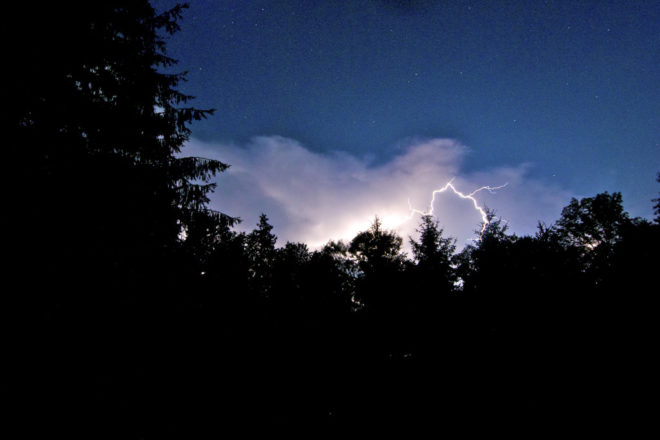 Wisconsin’s Lightning Safety Awareness Day was June 25, and Kewaunee County Emergency Management (KCEM) is encouraging everyone to learn more about the dangers of lightning and what steps they should take to remain safe.

“When thunder roars, go indoors,” advised KCEM Director Tracy Nollenberg. “Lightning strikes can kill or seriously injure a person in the blink of an eye. When you are outdoors this summer, watch the skies and seek safe shelter if you hear thunder or see lightning.”

According to the National Lightning Safety Council, 396 people were killed by lightning in the United States between 2006 and 2018. Of those fatalities, nine were in Wisconsin. Even if the skies are clear directly overhead, a bolt of lightning can travel several miles from the center of a storm. If you can hear thunder, lightning is close enough to strike you.