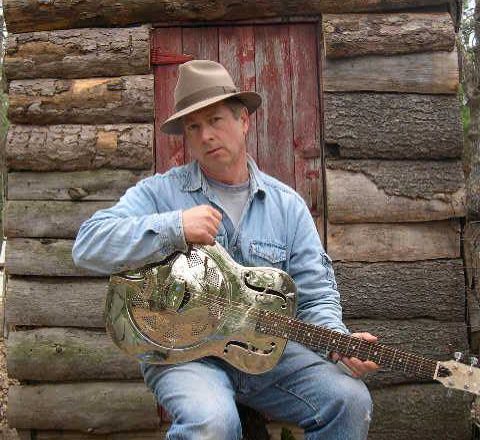 Janke has a deep history as a Wisconsin-based blues singer/songwriter and harmonica player.

“That’s why I keep on doing it. I keep on having fun,” he said in a recent telephone interview from his home in the woods near Redgranite. “I’m 65 now, and I shouldn’t be having this much fun. Time disappears in the blink of an eye. It just seems like yesterday when I started playing at 14, 15.”

Being a seasoned performer with many contacts in the business, the Lil’ Davy Max Band has a changing lineup based on who’s available for wherever he’s playing. For this gig, he’ll have Appleton guitarist Gary Shaw, Green Bay bassist John Laws and drummer Sammy Mead, last seen in these parts playing with Bobby Evans at the Landmark.

In between gigs around the state, Janke has been working on a new CD that he said is about three months away from completion.

“I love the material,” he said. “I’ve probably got 170 songs or so. I keep writing new ones all the time, and I can’t seem to help myself.”

He’s happy to have made some big-name contacts in the blues world who could help with the promotion of the CD.

“Tom Hyslop is going to write my liner notes,” he said.

Hyslop has written liner notes for hundreds of blues recordings and has interviewed and written about blues musicians as a staff writer and contributing editor for Blues Revue and Blues Music Magazine.

Then the finished product will go to blues promoter Todd Glazer in Anchorage, Alaska.

“He is the guy. He’s got all the important contacts for every blues radio station, and he’ll make sure it gets to every single one,” Janke said.

“I made a lot of contacts in Memphis,” he said. “It’s wonderful. I’m getting fans from all over the world, which is great, and many of them are musicians, too. It definitely helps to have that. You have to go for it. If you don’t go for it, you’ll never know.”

As an ardent proponent of the blues, Janke is concerned about its future.

“The blues is one of these genres that perhaps people from 35 to dead enjoy,” he said. “It’s hard to turn the young kids on and get them involved, but that’s what we need to do. We need these young guys, the young Turks, to come out and learn the craft, and it is a craft.”

So, with the double whammy of St. Patty’s Day and Kim Jensen’s big 5-0, does he have anything special in mind?

“Kim likes the music the way we do it. I’ve played the party four years in a row now,” he said. “You have all these folks that are invited, but it’s still open to the public. It’s not just for her friends, but she has a lot of friends there, and it’s always a great time. We play the blues. People seem to like it. I’m still getting a kick out of it after all this time. I can’t tell you how many different times folks say, ‘You’re our favorite band.’ I’m sure we’ll make some more friends, some more memories.

“We’ll be there having fun,” he continued. “I don’t play a lot of other places in Door County because I’m kind of loyal to her. One thing I really appreciate is being loyal and having someone who cares for you, loves what you do and keeps having you back. In Door County, you never know who you are going to run into. You just never know.”

Janke added that this will not be the last time you can catch him at Mojo Rosa’s.

“Kim has asked me to play there monthly beginning in June,” he said. “I just said, ‘You tell me the dates, and I’ll be there.’”

The music begins Saturday at 6 pm with The Coves. Lil’ Davy Max follows at 8 pm.