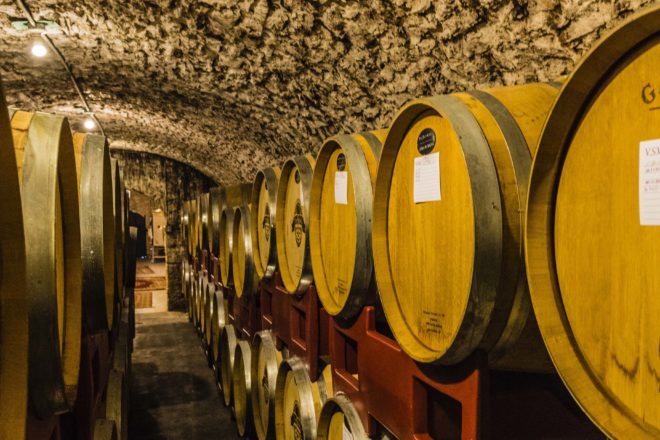 A new bill to loosen regulation on small wineries and breweries would upend Wisconsin’s three-tier system in favor of the growing industry. The bill, branded as “Cheers! Wisconsin,” would allow for more liquor licenses, extend hours for wineries, and allow breweries to sell wine and liquor in their taprooms.

Under the bill, the number of available liquor licenses in a municipality would increase by 10 percent, which will mean one additional license for most Door County municipalities.

Liquor license quotas are set by population (one license per 500 residents), with some caveats for economic development districts and number of licenses issued before Dec. 1, 1997.

In Door County, the high population of summer residents and visitors does not factor into the quota, creating high demand for the few licenses available.

In early 2017, Door Artisan Cheese Company sought a liquor license from nearby municipalities after learning the Town of Egg Harbor did not have any available. Sevastopol offered to sell one for $100,000, 10 times the amount that is traditionally paid by a business.

“Right now, we have municipalities that can attract businesses but they don’t have the liquor licenses that are critical to attracting those businesses,” said Sen. Shelia Harsdorf at a press conference at Wisconsin Brewing Company in Verona.

Other parts of the bill will work to dismantle the three-tier system of beverage production and consumption.

“We are seeing, in our districts and throughout Wisconsin, the archaic three-tier system limiting job creation and hindering economic development,” said Harsdorf.

The three-tier system is a Prohibition-era system requiring three groups to be involved in alcohol’s journey from a producer’s barrels to your glass. A producer sells to a distributor, the distributor sells to a retailer and the retailer sells to you.

“We will fight this at every point they want to pass,” said Pete Madland, executive director of the Tavern League of Wisconsin (TLW). “This allows all [producers] to sell everything. Our members have to pay production cost, they have to pay distribution costs, where [producers] don’t have to do that.”

One provision of the bill would allow someone with a brewer’s permit to sell liquor consumed on site or in off-site retail outlets. Current law limits brewers to only sell their beer and beer from other Wisconsin breweries.

“I think it’s very exciting,” said Nick Calaway, owner of Ahnapee Brewery in Algoma. “It would be great to be able to serve wine because there are people that are coming to town looking for wine or looking for other options and we can’t produce that product. I think it would be a win-win for other people and other breweries in Wisconsin as well.”

“We’re seeing wineries really being limited because of the required 9 pm closing hour,” said Harsdorf. “When you hear from wineries and customers that they are literally having to leave the establishment by 9 pm and that means being out the door by 9 pm, that is something that is really limiting and inhibiting the opportunity for our local wineries.”

Rep. Shannon Zimmerman, co-author of the bill, owns a winery near Hudson, Wis. He denied the bill was self-serving, saying a steady manipulation in the alcohol laws of the state have hurt the industry.

Brad Schmiling, president of the Door County Wine Trail and co-owner of Algoma’s von Stiehl Winery, said the changes won’t overhaul the industry in the region, but they could benefit wineries who are trying to get into the entertainment business.

“It will help certain wineries in certain situations,” said Schmiling. “Ones that want to stay open late for rentals or for weddings. A few wineries in Door County will probably be happy about that.”

Schmiling thinks the bill will have a greater impact on the breweries, which he feels have already had easier regulations.

“Whoever was into writing this gave a lot more to breweries than wineries,” said Schmiling, citing the big difference in the definitions of a small brewery versus a small winery for distribution and retail purposes.

“Our people should not be expected nor can they compete with breweries, wineries and distilleries that produce their own product,” said Madland.

Legislators in support of the bill said the relaxed regulations would have a significant impact on the tourism industry.

Rep. Gary Tauchen, author of the bill, said wineries, microbreweries and bars are a big part of what drives tourists into the state.

Legislators said the bill is in its early stages, hoping it will simply get the conversation started.

“It isn’t meant to be the end all, it’s a start of the conversation to try to improve the opportunities we have in the state of Wisconsin,” Tauchen said.