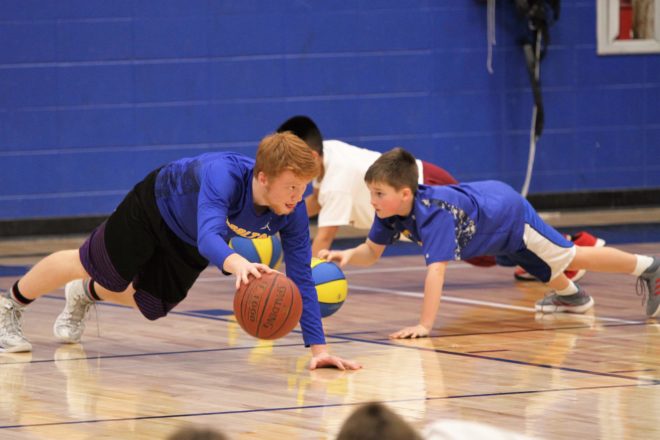 Gibraltar’s Little Vikings will look to dazzle the crowd at Menominee Nation Arena in Oshkosh on March 10. The Gibraltar youth basketball program is set to showcase their skills during halftime of the NBA G League contest between the Wisconsin Herd and Westchester Knicks.

“I am excited just to see how the kids do and hear what they think afterward,” said Justin Burress, who coordinates the Little Vikings program in addition to being in his third season as Gibraltar’s head boys basketball coach.

The Wisconsin Herd called Burress to schedule halftime entertainment after the organization came across a posting for his summer camp online.

“They gave me a call out of the blue,” he said. “My wife and I started a summer business called Max Level Hoops which offers summer camps in Door County. They asked, ‘Can you bring a group for entertainment?’ I explained that (Max Level Hoops) is a summer camp, but I could do it with the Little Vikings program.”

Burress estimates having 25 to 30 boys and girls participating in the event with a total of about 120 people attending from Gibraltar. The Herd provided families with discounted rates for tickets to the game.

“The Herd were great to work with. They were proactive and willing to make it work,” he said. “It should be a pretty fun night. We have a six-minute performance slot. We’ll run out to some old school Jock Jams and will try to highlight what we focus on in practice, including some passing, dribbling, rebounding and boxing out.”

The Little Vikings basketball program is in its fifth year under the direction of Burress, who started the program when he began as a sixth grade teacher at Gibraltar Middle School in 2013. While he was not coaching for the Vikings’ basketball program at the time, Burress pitched the idea to start a feeder program similar to the youth program at his previous school district.

“I did not coach my first year at Gibraltar, but I knew that someday I would be involved with the program,” Burress said. “I wanted to put in the Little Vikings program, which is similar to a program at my old district. In our first year, we had about 100 kids in first through sixth grade. The goal has been to teach fundamentals and proper techniques to them at a young age.” 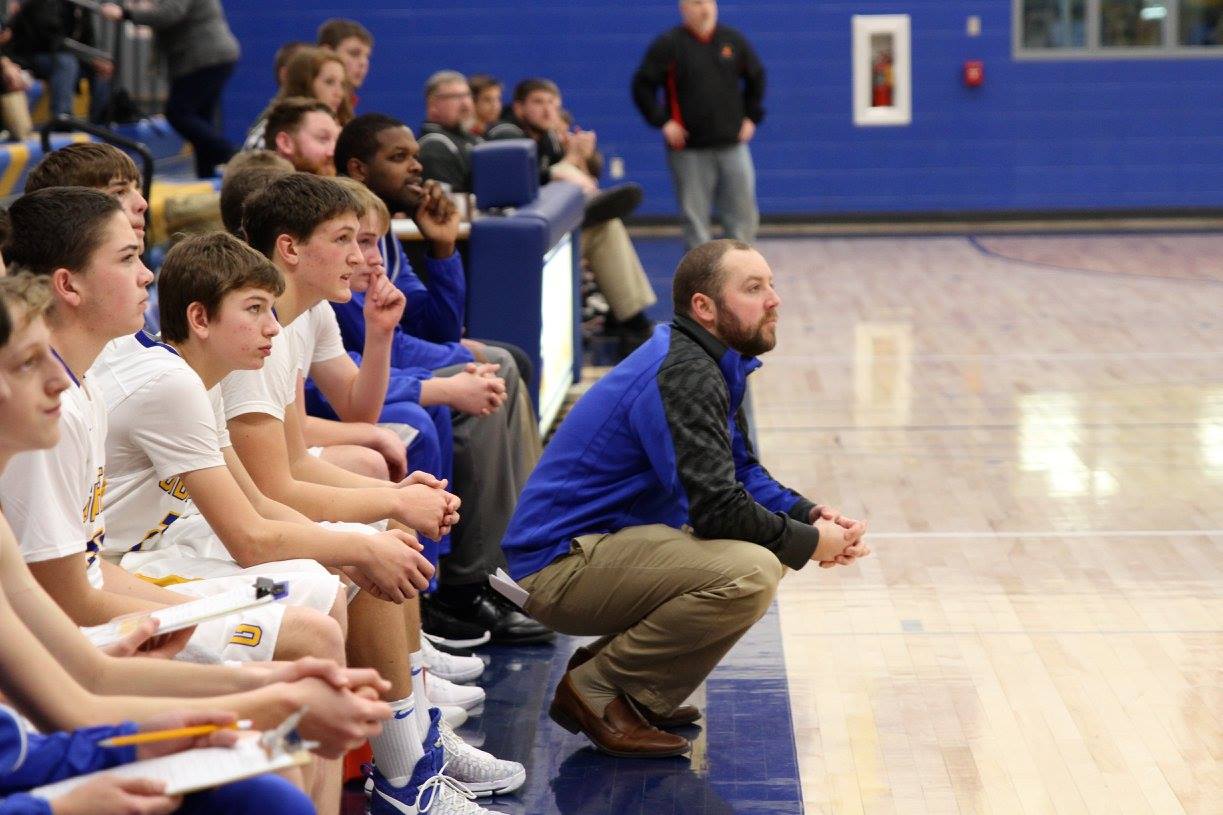 Through the years, the Little Vikings program evolved to include students in first through fourth grade. Burress worked with Gibraltar girls basketball coach Josh Kropuenske to introduce the Hoopsters program to accommodate students participating in traveling teams in fifth through eighth grades.

“Essentially it is about getting those good habits started right away and getting as many basketballs in kids’ hands as possible,” Burress said. “We wanted to have a program to compliment the traveling teams to help players learn those basketball skills.”

This year, the Little Vikings had 65 students from first through fourth grade in the program. It took place on Saturday mornings for six weeks in January through February. In addition to Burress, the Little Vikings’ coaching staff included several coaches from the Gibraltar girls and boys high school teams as well as the Vikings players.

“We use the players from the varsity programs and they help coach on Saturdays,” Burress said. “It’s a mentor program for the younger athletes. The best way of learning something is by teaching. By re-teaching, the high school players are making their fundamentals stick. They are not only opening up the eyes of young students but are bettering themselves as well.”

The final performance of the six-week program consisted of halftime shows presented during the boys and girls varsity basketball games. During halftime, the Little Vikings showed their skills that were taught in the program to fans at Gibraltar High School. This eventually led to the Little Vikings having the opportunity to perform on a bigger stage for the Herd.

The Wisconsin Herd are in their first season in the NBA G League, the developmental league of the NBA. As an affiliate of the Milwaukee Bucks, the Herd are one of 26 teams in the league that “offers elite professional basketball at an affordable price in a fun, family friendly atmosphere.” According to the NBA G League website, 38 percent of current NBA players have experience in the G League.

The Herd and the Westchester Knicks, affiliates of the NBA’s New York Knicks, will tip off at 7 pm, March 10.