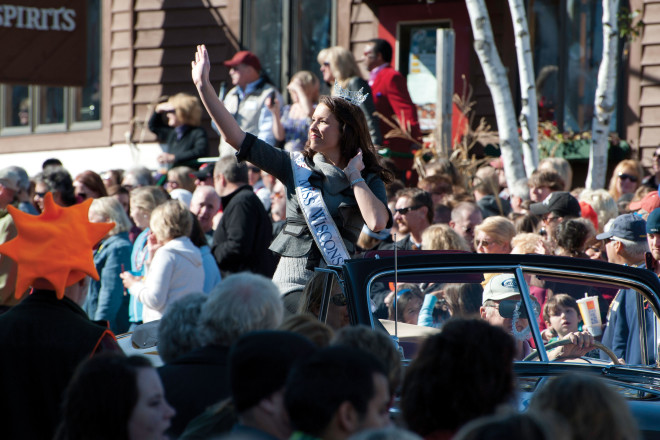 The Illinois woman stood on the Baileys Harbor dock questioning me about living in Door County. “What are the schools like?” I explained that with so few students in the school, our children competed in three sports, sang in the school musical, organized prom, and served as class officers.

The young mother’s face showed concern as she glanced at her young boys playing on their boat. “By the time they are in fifth grade, the kids are targeted for one sport or activity and that’s it. You’re very lucky.” 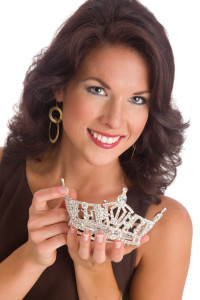 That conversation stuck with me as my children progressed through the Door County school system. And, it returned the moment Kimberly Sawyer became Miss Wisconsin. Living in Door County gave Kimberly the opportunity to participate in so many activities ironically often limited to children in urban areas. Let me explain.

Kimberly has been pulled out of a basketball game bleeding from being elbowed in the nose only to be thrown back in because she was needed to help the team. She has played her heart out on the basketball court in a regional final game, only to lose and retire to the bench in tears. She tripped and fell while singing in a musical in front of hundreds at the Door Community Auditorium. And, she struck out while playing high school softball. What’s important is that in each unique experience Kimberly picked herself up with a determination and drive to play harder, learn from her mistakes, and do better the next time.

She held the same determination as she pursued the Miss Wisconsin title beginning as the second runner up in the 2005 Miss Door County pageant. Kimberly practiced harder and won the title in 2008. She tried for Miss Wisconsin in 2008 not even placing in the top ten, then gained the 2010 Miss Green Bay Area title – rehearsed with more intensity – and was crowned the state’s title holder in June of 2010. (A first in pageant history, Kimberly’s sister, Katie, was the first runner up.)

Who sings opera and plays softball? Stereotypes of pageants are lessening and Kimberly is a prime example of why. Her accomplishments include athlete of the year at Gibraltar High School and scholar athlete at St. Norbert, graduating cum laude. She led her college softball team as their captain to the Midwest Conference Championship. As a result of winning tens of thousands of dollars in scholarships singing and impressing her way through pageants, Kimberly graduated debt free. As Miss Wisconsin, she won another $10,000 scholarship, which she plans to use for graduate school. (The Miss America program is the largest scholarship program for women.) Graduating with a finance major and Spanish minor, she landed a job right out of college – during the peak of the recession – as a financial analyst for a fuel consulting company.

“Door County may not have the big city dance and music studios or high profile sports programs, but we have so many talented people who have helped Kimberly on her way,” says Jackie Sawyer, Kimberly’s mother. “From the YMCA dance instructors to the teachers and coaches, we have a pool of incredibly talented people willing to help. Our community has been so supportive. Every year, the Miss Door County scholarship pageant continues to be one of the largest scholarship programs in the state due to community support.”

Door County provided Kimberly the opportunity to fail and succeed in many areas – sports, theater, dance, music, leadership, and life. The small, supportive community lifts students up to grab any brass ring within reach and offers an encouraging hand to get back up when they miss it and want to try again.

Fortunately, in fifth grade Kimberly wasn’t pigeonholed into doing only one activity in school. Door County living gave her a boost all the way to Las Vegas and the opportunity to try, try again.

Join Kimberly at “Miss Wisconsin and Friends” an evening of entertainment and giving back to the organizations that have helped her climb. Kimberly will model her Miss America wardrobe and sing her talent, along with dancing from Teaka Griesbach, Miss Wisconsin Outstanding Teen, and other performances by local artis 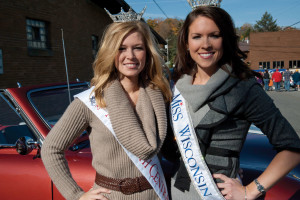 ts including the Gibraltar Choir, YMCA dancers, Ben and Lilly Larsen, Devin Thomas and more. Photo and autograph session with Kimberly and other visiting local representatives after the show!

Hosted by Stephanie Klett, host of Discover Wisconsin, at 7:00 pm on December 18th at the Door Community Auditorium (DCA) in Fish Creek. Tickets are $10, available now at the DCA.

All proceeds will be donated to the charitable organizations that helped Kimberly shine all the way to Las Vegas!

For tickets contact DCA or call (920) 868-2378. Tickets are also available at Baylake Bank in Sturgeon Bay and Sister Bay.