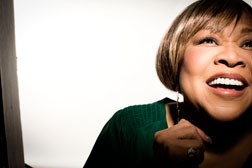 The Chicago Tribune hails Staples as an “American treasure.” Indeed, Staples has been a solid rock of American music, from the delta-inflected gospel sound she helped create in the 1950s (Uncloudy Day), to her engaged protest music in the civil rights era (Freedom Highway), to a series of chart hits in the 1970s (I’ll Take You There, Respect Yourself).

It was more than sixty years ago when Mavis Staples began singing with her groundbreaking gospel, soul, and R&B family band The Staple Singers. Those early years launched a storied and joyful career, packed with appearances alongside everyone from Martin Luther King, Jr., to Presidents Carter and Clinton, to Bob Dylan and Pink Floyd. Six decades later, Mavis Staples continues to make music, collaborating with modern icons like Jeff Tweedy (Wilco) and never relinquishing her gospel roots or her fiery spirit. 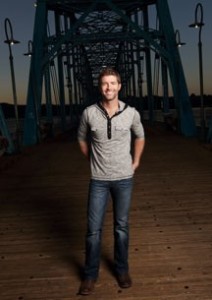 Her Jeff Tweedy-produced album You Are Not Alone won the Grammy Award for Best Americana Album in 2011, adding a remarkable new chapter to an already historic career.

Turner is one of country music’s most recognizable hit-makers. At age 37, he’s one of the youngest members of the Grand Ole Opry. With a rich, deep voice and distinctive guitar style, Turner has sold more than 12 million recordings.

The New York Times says Turner has “a bass-baritone voice of great beauty and skill… balanced and alert; the notes come deep and grainy, almost the sound of bow on strings.”

From his 2003 Platinum-selling debut Long Black Train to his most recent 2012 Billboard No. 1 release Punching Bag, Turner has garnered multiple Grammy, CMA, and ACM nominations.

Turner recently added author to his list of accomplishments. His first book, Man Stuff: Thoughts on Faith, Family and Fatherhood was released April 29, 2014.