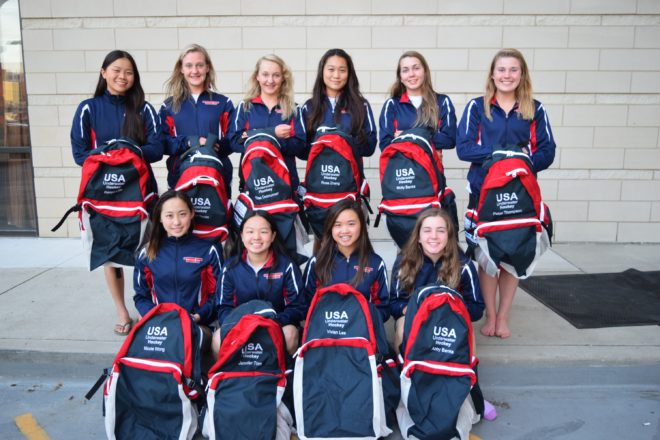 Three of Door County’s youth underwater hockey players are set to make history this July as they join teammates from Denver and San Francisco to compete in the Junior World Championships for Underwater Hockey held in the Australian state of Tasmania. 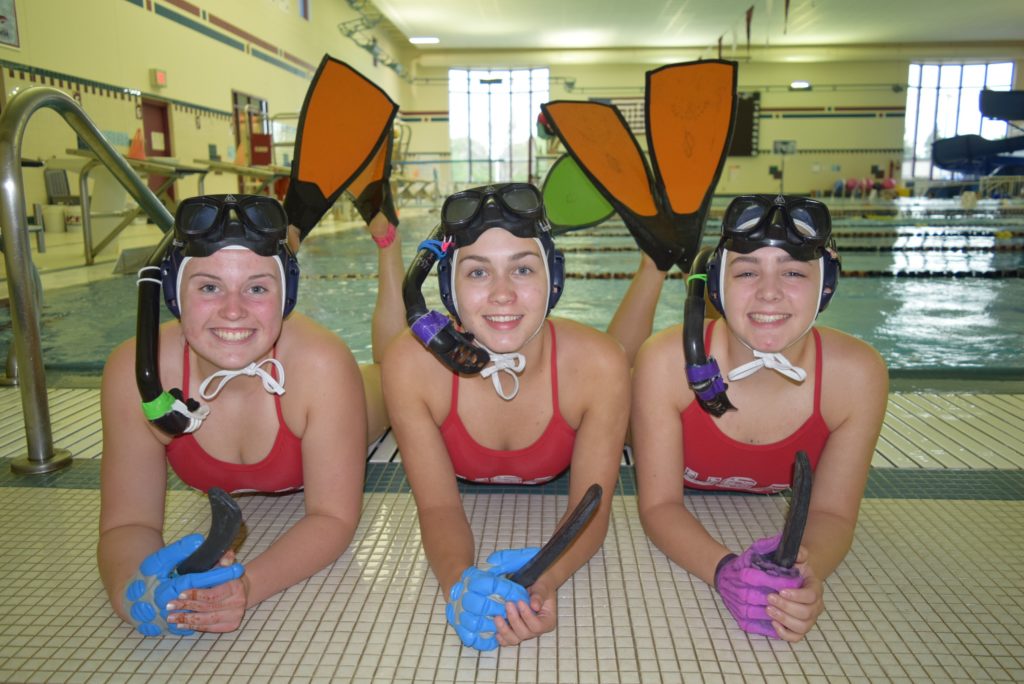 Representing the United States U-19 women’s team, sisters Abby and Molly Banks along with Paige Thompson, all of Door County, are members of the first underwater hockey team to compete globally at this level. The U-19 women’s team is coached by Kendall and Susan Banks.

The Opening Ceremony of the CMAS World Underwater Hockey Championship will take place on July 12 while the nine-day tournament will conclude with its award presentation and closing ceremony on July 22.

The tournament will be played in Hobart, the capital city of the island state of Tasmania. This is the fourth global underwater hockey tournament for the U-19 and U-23 divisions. Previous Age Group World Championships were played in Spain, Hungary and the Netherlands.

The USA U-19 women’s team will compete with the countries of Australia, Canada, Columbia, Great Britain, New Zealand and South Africa. Additional countries competing in the U-23 women’s division and U-19 and U-23 men’s division also include Argentina, France and Turkey.

Under the direction of head coach Kendall Banks, the team is excited for the opportunity and they are eager to see how they fare in competition.

“We are a very fit team,” Banks said. “They really came together a lot, especially during their days together in Cincinnati. They are gaining confidence in each other and are getting the system. I’m happy with the way they are playing.”

Despite only playing together as a unit a handful of times, the U-19 girls have been training hard at their respective facilities. More than 2,200 miles separates the teammates, with six players residing in the San Francisco area and an additional two from Denver. The team played together at the U.S. Nationals three-day tournament that was held in Cincinnati, Ohio, and also spent time together during spring break in San Francisco and a training camp in Chicago.

With U-19 teams experiencing frequent turnover with newcomers joining and older athletes moving to the next level, Banks said it is difficult to predict what the World Championship competition will be like.

“We are not sure what we’re up against,” he said. “We’re going to have four or five days in the water prior to the beginning of the tournament and we’ll schedule some friendly games. It will be a double-robin tournament, so we will have a chance to see where we are at.”

For Banks, this is hardly his first global underwater hockey experience.

In fact, if a United States Underwater Hockey Hall of Fame existed, Kendall Banks would be a sure bet as a first-ballot Hall of Famer for his extensive career and contributions to the game.

Banks’ first experience in underwater hockey took place in 1977 while attending the University of Illinois-Chicago. While lifeguarding for underwater hockey players, he was asked to join in, and never looked back. He eventually joined the national team and three years later, he and his team won nationals and were ready to compete at the first World Championship in 1980. Held in Vancouver, Canada, Banks admits that it came as a surprise and the experience was certainly a memorable one.

“We went to our first nationals in Houston and won. Then they said, ‘OK, you have to represent the U.S. at the World Championship.’ We didn’t know it existed,” he said.

The story goes that Banks had only enough money for a one-way ticket to Vancouver and after his team finished last, he resorted to hitchhiking back home.

Through the decades, the competitions took him around the world, competing in Canada, France, Australia, Tasmania, New Zealand, the Netherlands and South Africa.

In the States, as Banks moved, he brought the game with him. Having lived in the Chicago area, he later moved to California, to Massachusetts, and eventually back to California before coming to Wisconsin in 2011. In every move, he either started a club or joined an existing team to continue playing the game he loves.

This July, Banks finds himself returning to Australia, this time as a coach. It is an especially meaningful trip as he will be accompanied by his wife, who serves as an assistant coach, and his two daughters who are competing.

“Having played in Hobart 17 years ago, I have many fond memories, but going back coaching with my wife a team of which both of our daughters are members is pretty special,” he said. “Underwater hockey may or may not be a big part of our kids’ lives going forward, but I do feel lucky that we get to share this experience. The entire group of girls is special and Sue and I are thankful that we can be there as they grow as individuals and come together as a team.”