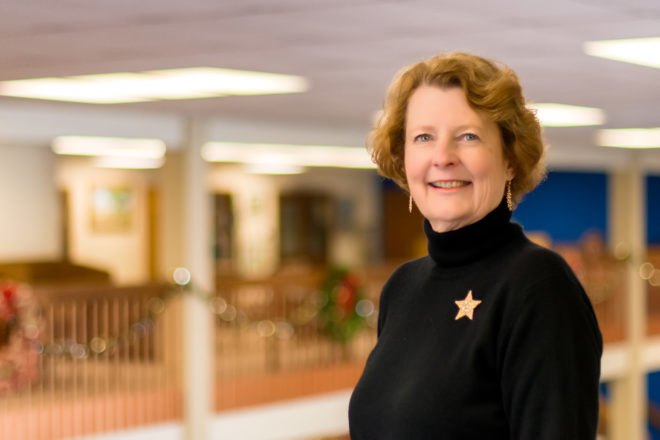 It has been a storied career punctuated by the ever-changing landscape of books and technology, a career at an institution with its fair share of ups and downs and one that has made it through those challenges to now be celebrated as a hub of many communities.

After two decades leading the Door County Library through the accelerated pace of the digital age, all while maintaining an appreciation for reading materials in their truest form, library director Becca Berger is ready to say goodbye.

She will do so on Jan. 13, twenty years to the day when she walked into an eight-branch system that boasted a robust reference section and was in the infancy of automation. By the time she walks out the door on her final day as library director, she will leave behind an institution whose home webpage simultaneously celebrates the 10th anniversary of its Door County Reads community-wide reading event and the system’s recent jump into Hoopla, a digital media service offered by local libraries that allows patrons to instantly borrow digital movies, music, eBooks, TV shows and more with their library card.

These are changes she could not have anticipated when she began pursuing a degree in library science in the late 1960s, first as an English major at Augsburg College (where her parents met at the college library) and later earning her library science degree at the University of Wisconsin – Madison.

While Berger’s childhood was not filled with books and library visits, it was a romanticized vision of library work (inspired by her parents’ love story, especially after her mother died when Berger was 11) combined with an appreciation for education that led her into the world of books and card catalogs.

“I didn’t think about it then but parents really, I think, are the make-or-break, instilling the importance of education in their kids and [my dad] made that very clear,” Berger said. “He also made clear to me that he thought I would be better off with a career. He was right.

“I have been around people wanting to learn for 42 years,” Berger added. “Even longer than that because I worked in libraries in college and graduate school so it’s more been 47 years when you add it all up.”

From her first job as children’s librarian at the Roswell P. Flower Memorial Library in Watertown, New York to her longtime gig with the Brown County Library in Wisconsin, where she served as a children’s librarian, branch head and then administrator, Berger learned how important attitude toward change was. She recalls a library director from decades ago who predicted libraries had just a few years before they would disappear completely, and Berger’s own fears that paper books would all be online.

Now, she is happy to reflect on two decades of service to a county that holds its library system in high esteem. For that, she credits three things: the library’s Friends’ group, its Foundation, and the support of local governments in funding the buildings that house these community gems.

“I admire Door County as a can-do place…if there is something that needs doing, the community gets together and then it’s here. This has been a very positive community,” Berger said. “…I just am so grateful that what I can do and what Door County needed doing matched. I think that’s been good for me and I think it’s been good for Door County so you can’t beat that.”

Retirement won’t mean closing the book for Berger. Like any avid reader who dives into a good book, she is simply turning the page unsure of what’s to come. Like any literature lover, that’s the thrill of it all.