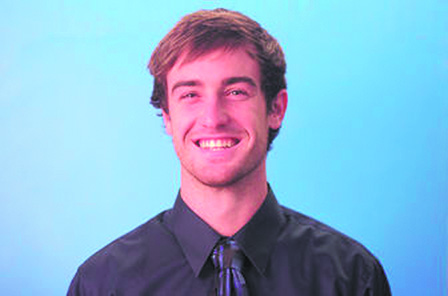 All good things must come to an end, so here we are fading into the depths of fall at the conclusion of another golf season.

Sure, there remains a few weekend afternoons where some heavy layering and sunshine will help the diehards continue trekking from the first tee to the 18th green, but for most Wisconsinites, the 2015 season is over.

Hopefully it was a good one. Even if it wasn’t, one of the best characteristics of golf as a hobby is that it is wholly quantifiable, and you can use this time of year to gaze back on what a season it was.

How many rounds did you actually play? If the goal was 20, did you reach 25 or just 15? Life can make it difficult. After all, the game is a hobby that sits, for most people, in the same “not everyday, but maybe once a week,” realm of, say, pick-up basketball and fishing.

I say this for “most people” because on the spectrum of golfers, this “one round every 10 days” group represents the majority while golf professionals and scratch golfers, as well as my once-a-year cousin, make up the slivers at each end of golf’s bell curve.

As I look back on 2015, as we all should, I see movement in a difficult direction. I am definitely worse as a golfer in October 2015 than I was in October of any of the past five years. After years of on-course progression, I concurrently landed in the off-course real world. A personal regression to the mean occurred.

The trick is, there’s absolutely nothing wrong here; I just happened to slide back toward the majority. I became more average, which is just fine. It was a good run, and to be brutally honest, being dubbed the “golf guy” of the family just led to many more checkered polos than I ever needed. You could say Christmas became repetitive.

As you schlep the clubs up to the attic and prepare for winter hobbies, take a look at what 2015 offered your golf game. Hopefully it was enough to keep you content, because that’s the only way our yearly goodbye that is actually a “good” bye. Ending 2015 content is ideal.

This season may have seen me become a worse golfer, but it didn’t mean I was worse-off as a golfer. 2015 included more rounds at Top 100 courses in the world, a week’s worth of tee times in Bermuda, and personal instruction from one of the best teachers in the world. Even the greatest golfers in the world know this game is all about peaks and valleys, and 2015 was no different.

A final morning round of nine pre-wedding holes in October, followed by one quick (and tension-filled) playoff hole proved to be everything I needed to appreciate the game one final time this season.

The 50-degree air kept my hands cold and my clubs even colder. If I was an obsessive golf nerd, I would adore that, but it was far from pleasant. Again, all good things come to an end, so I’m done accepting tee times this season.

Ask me again in April. The idea of becoming a worse golfer will have exhausted its way through my mind for six months. By then, I’ll be ready to scratch the itch again…I think.