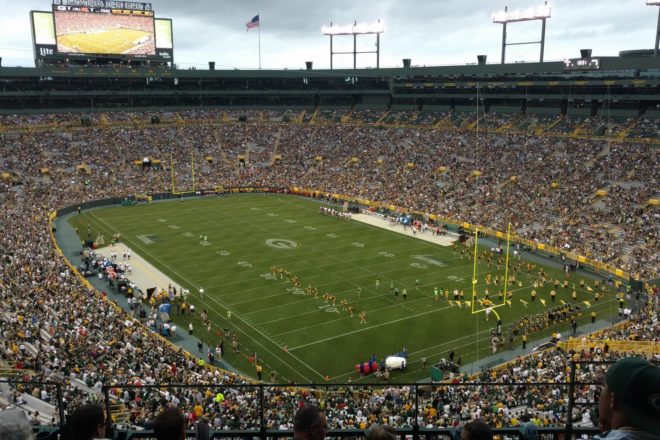 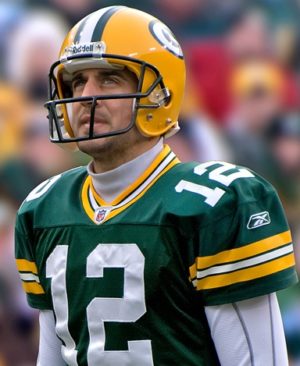 The 2016 Green Bay Packers regular season will kick off on Sept. 11 in Jacksonville, Florida. The Packers will begin their journey against the Jacksonville Jaguars with hopes of finishing the season in Houston, Texas, the site of Super Bowl LI.

Quarterback Aaron Rodgers will lead a Packers team that welcomes the return of Jordy Nelson at wide receiver and a slimmer, motivated Eddie Lacy at running back. The Packers bring back a strong offensive line that looks to reach its full potential, which relies on staying healthy. An improved defense and strong special teams unit gives Green Bay a favorable chance to make a deep playoff run.

Brett Favre, 22 years old at the time, sat behind quarterbacks Chris Miller and Billy Joe Tolliver on the depth chart for the Atlanta Falcons. The 1991 Green Bay Packers season would be the final season before what many would say was the greatest trade in Packers history, that would bring Favre to Green Bay in 1992.

The conclusion of the 1991 season would mark the end of a losing era for the Packers. Between 1968 and 1991, the Packers qualified for the playoffs twice in a span of 24 seasons. With five winning seasons and four .500 seasons in that span, the rest remained lost in what was often referred to as the “Gory Years.”

The season also signaled the end of Lindy Infante’s tenure as head coach. With the team’s record at 2-9, Ron Wolf was brought in late in the season to replace Tom Braatz as General Manager. Wolf brought Favre and Head Coach Mike Holmgren to Green Bay during the offseason following the team’s 4-12 finish. These moves proved to be the catalyst that returned a winning tradition, and championships, back to Green Bay. Wolf was inducted into the Pro Football Hall of Fame in 2015.

The Green Bay Packers were crowned champions of the AFL-NFL Championship Game, later named Super Bowl I, to conclude the 1966-67 season. It was the first contest between the American Football League champions and National Football League champions. The Packers defeated the Kansas City Chiefs, 35-10, to earn the World Professional Football Championship Trophy, later renamed the Vince Lombardi Trophy. The Packers previously beat the Dallas Cowboys, 34-27, to win the NFL Championship and earn their way into Super Bowl I.

The 1966 season would be the first of back-to-back Super Bowl championships for the Packers, who would go on to beat the Oakland Raiders, 33-14, in Super Bowl II. Head Coach Vince Lombardi and 11 of his players would later be inducted into the Pro Football Hall of Fame. Half of the 24 Green Bay Packers currently in the Pro Football Hall of Fame were on the 1966 roster.

Quarterback Bart Starr led the league in passing and was named the league’s Most Valuable Player as well as Super Bowl MVP. The backfield duo consisting of Jim Taylor and Paul Hornung played their final season of their storied careers for the Packers. Both were pursued by the expansion team, New Orleans Saints, the following year. Taylor played one season for the Saints while Hornung was forced to retire due to injury before ever suiting up for New Orleans.

Packer archrivals, the Chicago Bears, got the last laugh with Green Bay during the 1941-42 season. Both squads finished the regular season with a 10-1 record. Each of their losses came against one another. The Bears beat the Packers, 25-17, in Week 3. However, the Packers narrowly defeated the Bears in Week 8 by a score of 16-14.

With tied regular season records and both teams splitting the series, the Packers and Bears squared off in the Western Divisional Playoffs where Chicago ended Green Bay’s season with a 33-14 victory. This was the first postseason matchup between the rivals. Green Bay would wait nearly 70 years before playing Chicago again in the postseason. In 2010, Green Bay beat Chicago, 21-14, in the NFC Championship game to earn a spot into Super Bowl XLV, which the Packers won.

During the Packers’ stellar season, an exhibition game was played mid-season against the Kenosha Cardinals, who were an independent team following the disbandment of the Midwest Football League in 1940. The game did not have an effect on league standings, however, the Packers were victorious in a 65-2 rout. The exhibition game was played primarily with first-year players, while Lambeau’s veterans did not suit up.