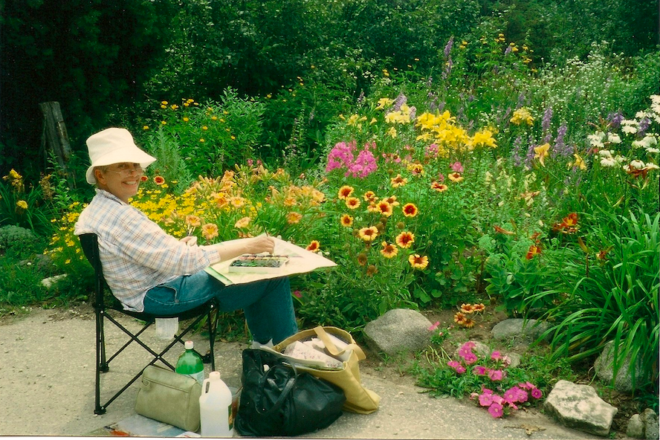 The Washington Island Art Association (WIAA) and the Art and Nature Center (ANC) will honor Lorna Bell Cornell with a retrospective exhibit of her work. The opening reception is Aug. 24, 4:30-6 pm. Cornell’s work is on display with other WIAA artists until Sept. 15.

Cornell died May 12, 2018 after a brief battle with cancer at the age of 77. She spent many summers on Washington Island with her parents until she was married to Jack Cornell and moved permanently to the island in 1970.

Cornell became interested in art at a very early age with the influence from her parents. She received a Bachelor of Fine Arts from the University of Illinois, and also studied at Northwestern University and the Art Institute of Chicago.

A memorial bench in honor of Cornell will be placed at the ANC next year. To make a donation for the bench, send it to the WIAA, PO Box 16, Washington Island, Wisconsin 54346.