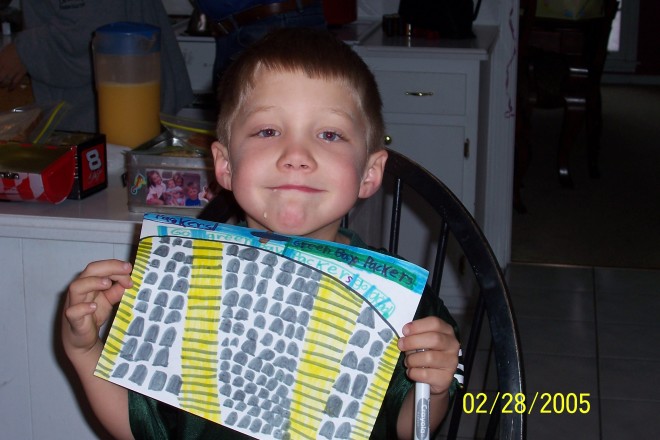 He wants to be a Packers fan, he really does. But our current play isn’t helping.

Last month my sister Barb got married to a Baltimorian.

It’s hard for me to believe, but she’s lived in the Charm City for eight years now, and has largely adopted Baltimore teams as her own. She owns plenty of Orioles and Ravens gear, and she buys our oldest sister, Christine’s, kids the same. It’s all well-meant, of course, but I wonder if she realizes how much work she’s leaving me for their formative years, when I’ll have to somehow convert them to Packer loyalty in the absence of Brett Favre.

Christine lives in the Chicago suburbs now, so these kids are going to be sportingly confused. My seven year-old nephew’s closet contains Packers, Ravens, Bears, Orioles, Cubs, and now, due to some inevitable bandwagon jumping, White Sox gear.

Over Thanksgiving he said his favorite team was either the Packers or the Bears. I hit him in the mouth. Well, not really, but slapping him upside the head certainly crossed my mind. I told him it can’t be either, he has to choose one, but in my generous leniency gave him till age 10 to choose whether he was my friend or if we would have to hate each other for the rest of his miserable life. 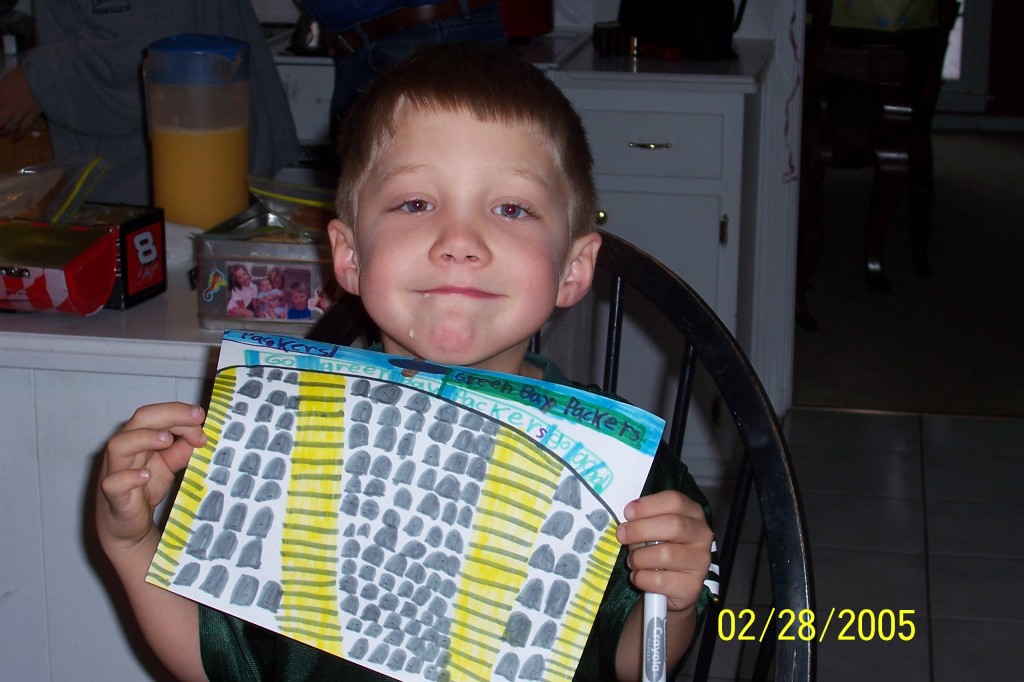 He wants to be a Packers fan, he really does. But our current play isn’t helping.

He’s in for a great deal of psychological damage if my sisters continue to play with his head. He needs a team to call his own, so he’ll know whether it’s a good week or bad. A desolate, cold Midwestern winter (when the Packers win it all or are on the upswing) or a devastatingly depressing Midwestern winter (if it’s a really bad Packer season).

In October the family gathered in the Windy City for Barb’s wedding shower, not coincidentally on the same weekend the Ravens were in town to play the Bears. My new brother-in-law is a huge Ravens fan, so we went to the game to cheer them on and see first-hand the renovation of Soldier Field, dubbed the “toilet-bowl” by the Chicago Tribune

The redesign of Lambeau Field was a remarkable achievement, as so much of the game-day experience was preserved while all the drawbacks we came to accept in the old Mecca were enhanced or replaced. After seeing Lambeau done so well, it was mind-boggling to see Soldier Field done so badly.

Those who have described it as looking like a space ship landed on the old Soldier haven’t exaggerated, and the description extends to the concourses, where one gets the feeling of being in a space station or psyche ward with all the bright white paint and shimmering aluminum.

Remarkably, the home of one of the National Football League’s most historic franchise has precious few nods to its lustrous past. No retired numbers adorn the stadium walls. No murals of great moments. No listing of championship years (probably due to an inferiority complex, as their small-town rivals have out-titled them by four).

That said, the bowl of the stadium is incredible, with great sightlines and the gigantic replay boards I long to see at Lambeau, but one would never know this was the same field where history had been made over the previous 30 years. It bears no resemblance to the field where Walter Payton bulled his way to 16,000 yards, where William Perry plunged against the Packers, or Ditka prowled the sidelines. (Then again, maybe the remodeling was little more than an effort to erase the memories of the Pack dominating Chicago over the past decade, or Charles Martin body-slamming Jim McMahon.)

Obviously, these must be hard times in Packerland again, as I can’t just rip on the Bears team after seven straight wins, I’m resorting to ridiculing the stadium and their fans. No apologies, however.

The game itself was just what you’d expect from the two teams – ugly. Chicago couldn’t move the ball, and like Derek Zoolander can’t turn left, Baltimore can’t throw over the middle. They relentlessly attacked the sidelines, blistering the bench with incomplete passes.

Chicago scored the lone touchdown (on the only play near the end zone) of the offensively-challenged game in the second quarter and the toilet-bowl erupted with an emotion resembling shock more than excitement. What struck me most were the spontaneous shouts of “Ditka!” that accompanied the cheers. I immediately felt like I had been teleported into a Saturday Night Live skit, as more than one fan behind me shouted his name after the score.

I turned to the direction it came from and said incredulously “You canned the guy 15 years ago and you’re still shouting his name?”

“We didn’t fire him, [Bears owner Mike] McCaskey did!” came the serious, and angry, reply from the black-mustached, George Wendt-looking, quintessential Bears fan three rows back. I felt fortunate my parents left Chicago a few years before I was born, allowing me to love a team with no owner to despise and avoid growing the compulsory mustache.

As the game neared its conclusion, the Bears fans rekindled my hatred for them. They started getting cocky, as if they had been confident all along. One who had been quiet all day stood up and announced to our section that he would be kicking my brother-in-law’s butt in the parking lot after the game (in not such polite words). Then, like a typical Chicago fan, he left the still-in-doubt game about three minutes early (probably to avoid having to follow through on his pledge, though it’s possible he had a pressing date with an Italian sausage).

The Bears were 3-3 at the time, and haven’t lost since. It’s become accepted wisdom in recent years that the Vikings are our number one team to despise, since beating the Bears has come to feel akin to beating up on a Pop Warner team. After attending this game, however, I found my hatred renewed.

With the Packers in the tank, I once again feel as though beating Chicago twice will salvage this season, and if we manage to overcome Mike Sherman on Sunday, I’ll enjoy the victory more than I have since the Majik man hit Sterling Sharpe in 1989. And maybe a Packer win will tip the scales on my nephew as well.