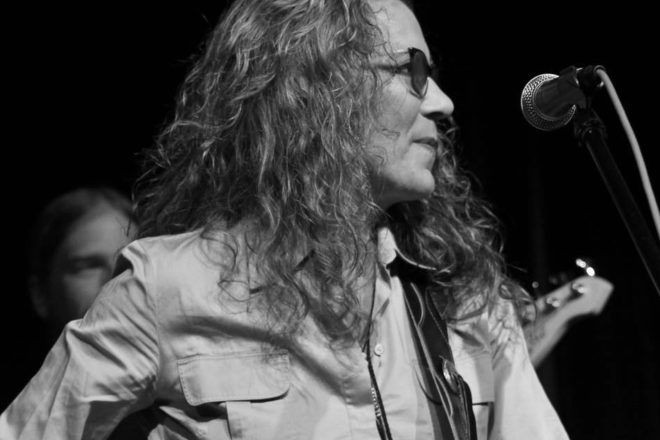 Lost Moth Gallery is pleased to welcome Cathy Grier to perform on May 6 at 7 pm. Singer/songwriter Grier believes in the power of music. Her four-decades-long career began in biker bars in Connecticut, then on to Greenwich Village, New York City, touring the East Coast with her band, sunset gigs in Key West, Paris songwriting, NYC subway performing. Socially conscious in not only her songwriting but in her stage presence, she captivates audiences with her clear and powerful voice that edges into blues territory with soul, grit and emotion.

Grier recently moved to Sturgeon Bay and became part of the Steel Bridge Songfest family. She hosts WRiTERS NiGHT at The Tambourine Lounge every Thursday. She competed in and was declared a winner for the 2017 Paramount Blues Association People’s Choice and Solo Artist. Learn more at cathygrier.com.

Cookies, coffee and tea will be available. Tickets are $20 cash at the door and doors open at 6 pm. The show starts at 7 pm with Marybeth Mattson opening.