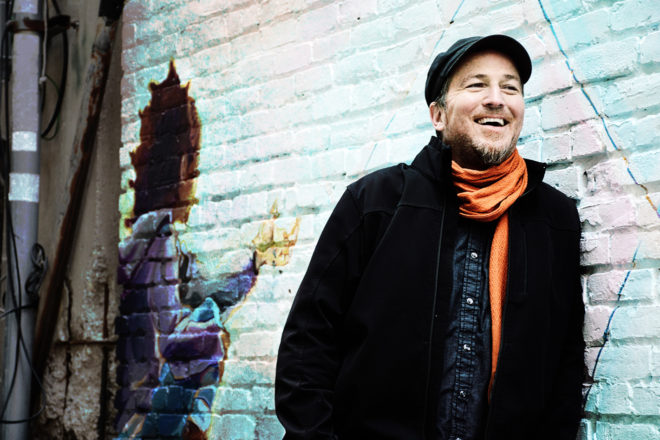 Peter Mulvey, singer/songwriter extraordinaire, comes to Lost Moth Gallery on March 18 with his accomplished guitar playing and a whole slew of incredible original songs. Writing with humor, tenderness and poetic lyricism, Mulvey fills up hearts and minds with his music. In his performance is a coiled intensity, a subtle power that comes through his intimate husky baritone vocals.

After much success with his 2014 recording Silver Ladder, Peter Mulvey has a new record, Are You Listening?, produced by Ani DiFranco, which will be out on Righteous Babe Records on March 24.

Mulvey tours worldwide and is known for some quirky events like his yearly bicycle tour and 12-hour streaming concerts from various locations in the country to benefit charities. Mulvey also has a TED talk related to a songwriting experience after talking to an astrophysicist.

The concert begins at 7 pm, with the Small Forest Girls opening the show. Doors open at 6 pm. Tickets are $20 cash at the door. Coffee and tea will be provided as well as cookies. Call 920.495.2928 for reservations. Lost Moth Gallery is located at 7975 Hwy. 42 at the north end of Egg Harbor.