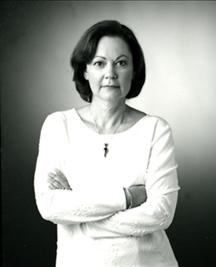 Gail Lukasik, author of the Door County mystery novel Destroying Angels, has recently released her second book in the series, Death’s Door. To celebrate the release, Lukasik will be reading from and signing copies of her latest work at the Peninsula Bookman, 4083 Highway 42, Fish Creek on Sunday, May 24 at 7 pm.

The first novel in this series, Destroying Angels was released in 2006 and introduced Lukasik’s protagonist Leigh Girard. Girard had moved from Chicago to Egg Harbor, taking a job as a reporter for a local newspaper. Her first assignment was an obituary, and she was led to suspect the subject of the obituary did not die of natural causes. 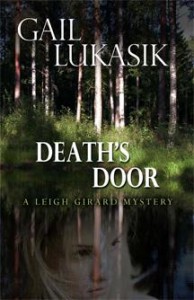 Death’s Door is the second novel in a planned series of four, and features the return of Lukasik’s sleuthing reporter Leigh Girard. In Death’s Door, Girard becomes involved in the search for a missing girl who turns out to have been murdered. Further sleuthing reveals an illicit romance, another murder, and clues that seem to link the crimes.

Death’s Door is published by Five Star, and is available in hardcover for $25.95.