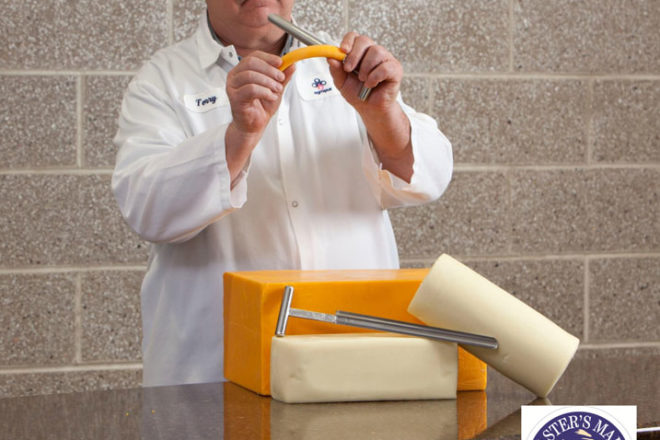 Wisconsin swept the top three spots of the United States Championship Cheese Contest, which was held in Green Bay March 7-8.

The champion cheese title went to Mike Matucheski with a Reserve Black Pepper BellaVitano that scored 99.018 points. He is a cheesemaker at the Sartori plant in Antigo.

First runner up went to Terry Lensmire for an Aged Cheddar that scored 98.813. He is an Agropur master cheesemaker, and the winning cheddar was made at the Weyauwega plant.

Master cheesemaker Roger Krohn’s Low-Moisture Whole Milk Mozzarella took second place in that category, with 97.55 (the winning Mozzarella from California just edged out Agropur with a score of 97.65).

Krohn and the Agropur team took home a win in the part-skim Mozzarella category, scoring 98.85. Fellow Agropur master cheesemaker Terry Lensmire took the third place award in that category with a score of 98.75.

Lensmire took the top award in the mild Provolone category with a score of 98.95, and also brought home a third place award in the reduced sodium cheese category, with a Provolone that scored 99.40.

You can find their award-winning cheeses at the Krohn Dairy Store next to the cheese plant on County AB in Luxemburg.

Find all results from the 2017 United States Championship Cheese Contest at uschampioncheese.org.