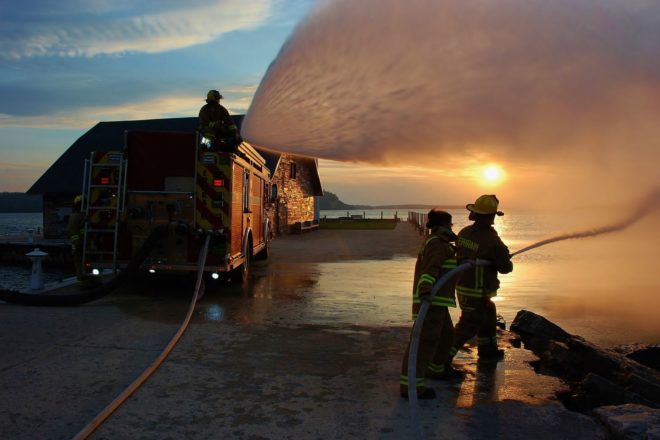 The Egg Harbor Joint Fire Commission has selected Justin MacDonald from four qualified candidates to be the next fire chief for the Egg Harbor Fire Department, which serves both the Village and Town of Egg Harbor.

MacDonald brings more than 25 years of fire service and knowledge to the position. He joined the Egg Harbor Fire Department as a firefighter in 1996 and was promoted to lieutenant in 2009. He has served on numerous fire-service committees and holds multiple state certifications in fire service. He is also trained to the EMT level in the state of Wisconsin.

MacDonald joined the Ephraim Fire Department in 2005 and was promoted to assistant chief several years later. In 2015, he was appointed fire chief, a role he will retain. The dual leadership roles are possible because the two departments have training and meetings on different days and nights.

Former Egg Harbor Fire Chief Andy Staats and his wife, former EMS crew chief Ashley Staats, resigned their leadership positions in November 2021, but they remained with the department to serve as firefighters and emergency responders. Their resignation letters at the time indicated that rivalry and animosity played a deciding role in their decisions to step down.

Andy Staats was promoted to the leadership position on July 1, 2020, and promoted his wife to the EMS crew chief position and his brother, Jason, to the assistant fire chief role. The nepotism caused turmoil within the department, resulting in several firefighters requesting leaves of absence. Some retired; some were fired; and two took grievances against the department through the official process, but those grievances were denied.