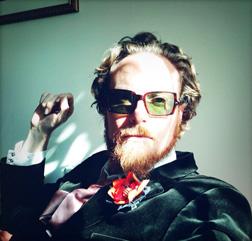 Adam Mackintosh will perform August 20 as apart of the Woodwalk Concert Series.

On Friday, August 20 at the Woodwalk Concert Series, Door County favorite Adam Mackintosh will perform. Known for writing and performing in Sturgeon Bay venues, Mackintosh is also attributed to connecting musicians with his Songwriters’ Showcase, an open mic session.

“I’m a song person. I’ve constructed them, discovered them and have often times simply been possessed by them,” said Mackintosh.

Mackintosh, who has been compared to such greats as David Bowie and John Lennon, has performed over 400 concerts in the U.S. and Europe.

On Friday, August 27 at 7 pm, Krista Detor, accompanied by guitarist David Webber, will perform as a part of the series. Detor’s music features ballads with bluesy, folk, and almost hymn like qualities.

With the release of her album Mudshow, Detor was established as a gifted player on the world stage. She reached #1 on the Euro-American charts and her music has been featured at the Cannes Film Festival, on NPR, PBS, the BBC, and countless U.S. and European radio stations.

Sweetie Pies of Fish Creek will be on site with coffee, beer and soft drinks for sale. Attendees are welcome to bring their own bottle of wine.