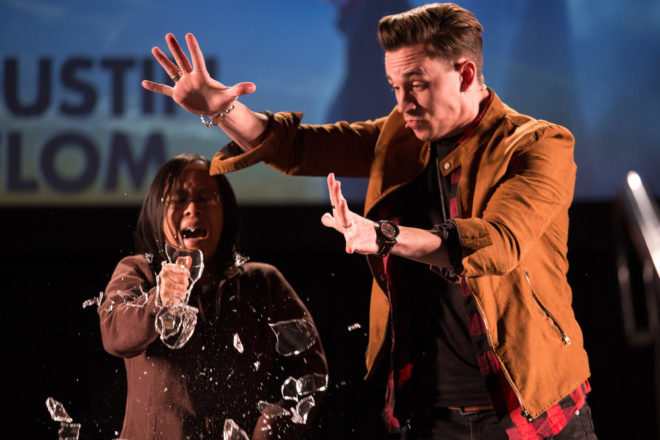 Be prepared to be amazed, as magician Justin Flom is set to entertain fans March 10, 7 pm at Southern Door Community Auditorium.

Flom has cracked the code of close-up magic on big stages, performing everywhere from cruises to Madison Square Garden. The head magician and co-producer from SyFy’s Wizard Wars, Flom amazes audiences with his astounding approach to magic through the use of everyday items – such as Life Savers, Pringles and dollar bills. He’s made appearances on Ellen, the Rachael Ray Show, NBC’s Late Night, and The Today Show. Flom’s self-described “organic” magic continues to build his fan base worldwide.

Flom was born into a family of magicians in Eden Prairie, Minn. He opened The Imaginary Theatre ‘N Magic Parlor in Branson, Mo. at age 18. In 2011, he moved to Las Vegas, where he reinvented himself by transitioning to more organic magic using simple items such as cards, Coke cans, Life Savers and dollar bills. SyFy Television Network began filming Wizard Wars in 2014, starring Flom along with Penn & Teller and several other magicians competing to create magic out of ordinary objects on the spot.