Sure, Chicago, Nashville and Los Angeles churn out a lot of records. But look at the list of artists who have recorded in Door County in the last few years, and it’s impressive: Jeanne Kuhns and Small Forest, Door County newcomer Terry Murphy, folk artists Katie Dahl and groups like WIFEE and the HUZz BAND and other Steel Bridge artists.

Turns out Door County recording studios have something to offer every type of musician, and there’s a county full of talent ready to collaborate. 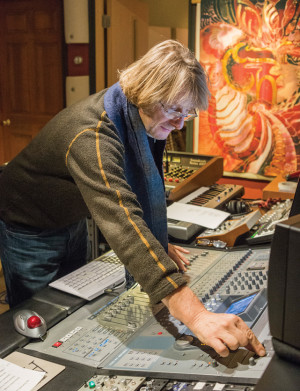 Jeanne Kuhns and her band Small Forest recorded their first album at Studio 330 in Sturgeon Bay with producer Hans Christian. Jeanne and her daughter Marybeth Mattson are the songwriting/vocal team of the band, and though each had made solo albums in the past, they had never recorded together.

“We learned a lot recording our album, Dream,” said Kuhns. “We discovered we had to sing differently in the studio than we do live in order to blend well. It was tough, but Hans helped us through it.”

What was most amazing for Kuhns was seeing her daughter hear herself for the first time in a studio.

“I think she was instantly catapulted 10 degrees in her self-esteem, when she could really hear how beautiful her voice is.”

Like many artistic projects, recording Dream took longer than the band originally anticipated. “We really wanted the album to sound like we sound when we perform. That’s not an easy balance.”

The process of recording, according to Kuhns, felt “kind of like a community event.” Local musicians — including George Sawyn and Seth Raddatz on guitar, Hans Christian on cello and Tommy Burroughs on fiddle and mandolin — all contributed to the record. Bartering even played a part in funding the album. Although the band used crowdfunding to finance the record, it wasn’t quite enough.

“We ended up scraping and priming Hans’ house/studio building as part of our payment,” said Jeanne, laughing. “All three of us, me, Mary and our bassman Patrick Palmer, at different times. Mary and I even cocktail waitressed at Hans’ Christmas party.” 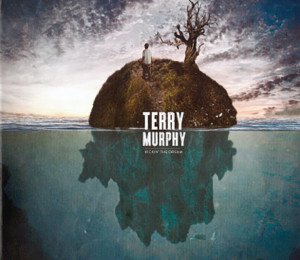 Terry Murphy was riding his garden tractor when he first got the idea of recording an album here. Having retired to Door County in 2013 after years of spending summers in Peninsula State Park with his family, Murphy was getting his feet wet in the local music scene.

“I knew Dave Alley and was a big fan of AFT [American Folklore Theatre]. Dave had given me some feedback when my Tennison Bay record was still in the rough-cut phase. And he’d told me ‘Let’s do a project together sometime.’”

Murphy has recorded an album every two years, starting in 2006, so when 2014 came along he was ready for another one. He had worked with the same producer on his previous four albums. “Dave and I both took a leap of faith.” Working with Alley at Utopia Soundwurks in Sister Bay was a new level of professionalism for Murphy, and his most expensive project to date.

“Dave co-produced the album, and we had a short learning curve as we started working together. There was a lot of fluid conversation, and he was honest with me about lyrics, song length and instrumentation. He brought a level of patience to me as well — not my strong suit — and I trust his ear.”

Alley also connected Murphy to local musicians, including Paul Sowinski, Rich Higdon and Lynn Gudmundson, all of whom appear on the record. Then Murphy had a chance to fulfill a dream of his — to play with Eric Lewis. 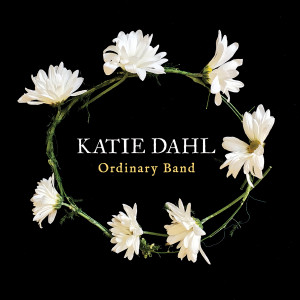 “For a long time,” said Murphy, “I thought to myself Maybe someday I’ll have Eric Lewis on a record. That was so far-fetched in my brain. Through my time spent in Door County, I had given him my CDs and gotten to know him as a person. One night when we were both at a concert at Fishstock, I told Eric that Dave and I were going to do a record, and he replied ‘Gosh, Terry, do you think I could be on it?’ That was a pretty big moment.”

The title of Murphy’s album, Kickin’ the Dream, is his philosophy on life in a nutshell. “In addition to being a great creative experience, making the album gave me some credibility with other local musicians,” said Murphy. “Since it was released, I’ve been able to fulfill another dream of mine — to be part of a band in Door County. I recently joined Last Man Standing, a bluegrass group including some great players like Jim Blahnik and Tad Greene. We’re playing some of my songs. The album really opened musical doors for me.”

With her third studio album, Ordinary Band, Katie Dahl is making a name for herself on the national folk scene. In June, July and August of 2015, her record made the top 10 on folk charts. As with her previous records, she recorded with Dave Alley at Utopia Soundwurks, but took the opportunity to establish musical connections beyond Door County.

Eric Lewis was executive producer and she worked with other Door County-connected musicians including Tommy Burroughs and singer Claudia Russell. 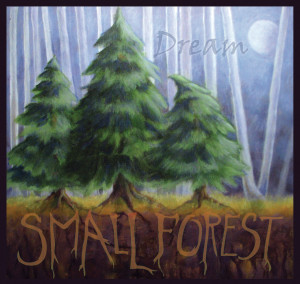 “But I also reached out to Tracy Grammer, a national musician I admire, and she played fiddle on three tracks. Amanda Rigel lent her harmony singing to two tracks. Not only was it fun but it made the record more attractive to radio stations. Ordinary Band is also my first record on a label, Waterbug Records out of Chicago, which has gotten me some distribution and sales, and also some legitimacy in the national folk scene.”

Dahl did something else different this time around, recording all instruments together rather than on individual tracks. “It gives this record a cohesion that the first two didn’t necessarily have.” Alley mixed half of the album in his studio and the other half was mixed by an engineer in Nashville. But Dahl kept the album local in important ways, too.

“Local floral artist Jackie Ehlers made the blossom flower crown that’s on the album cover, and Nik Garvoille did the artwork. I like using our community resources when I do a project.”

Crowdfunding websites like Kickstarter give artists a chance to pitch their potential projects to fans and make an appeal for financial help. In exchange for financial support, fans often receive downloads of the album, gifts, and a chance to connect with the artist and follow their project online.

For Jeanne Kuhns, crowdfunding wasn’t exactly a natural fit. “I hate asking for help,” she said. “I’d always used tax returns and savings to fund my previous albums.” But she also wanted to have the experience of recording a great album, and wanted to do it at Studio 330. “The quality you get at Hans’ studio is priceless.”

Kuhns’ band, Small Forest, used Indiegogo, a site they chose because the company takes less of a percentage out of the band’s earnings for their service than competitors. “Also, on Indiegogo, unlike Kickstarter, even if you don’t make your final goal, you still get the funds.” Small Forest didn’t have a problem meeting their goal of $8,000 — they brought in $12,000.

“It was quite an undertaking,” said Kuhns. “Creating the video was a lot of work and we gave away a lot of stuff — and experiences — to our donors, including t-shirts, original paintings, even an original song.”

Although Kuhns and her band are incredibly grateful for the support they received, she’s not sure she would do it again anytime soon. “I’d have to wait and have a really special project in mind.”

Katie Dahl successfully used Kickstarter for the second time to fund Ordinary Band, raising $17,000 of the $20,000 it cost to produce the album. “It would be really hard for me to make the quality record I want without help from crowdfunding,” said Dahl.

She agrees with Kuhns that it’s a lot of work. “I spent December and January getting my Kickstarter video made.” But she also sees the campaign as a way to connect with fans. “My generation will buy a CD if it’s on Kickstarter. I give to a lot of Kickstarter campaigns myself and I find it engages a fan base in a way that gives fans a sense of ownership. That carries over to folks being more likely to come out to a show. It’s really another mode of communication between artist and listener.”