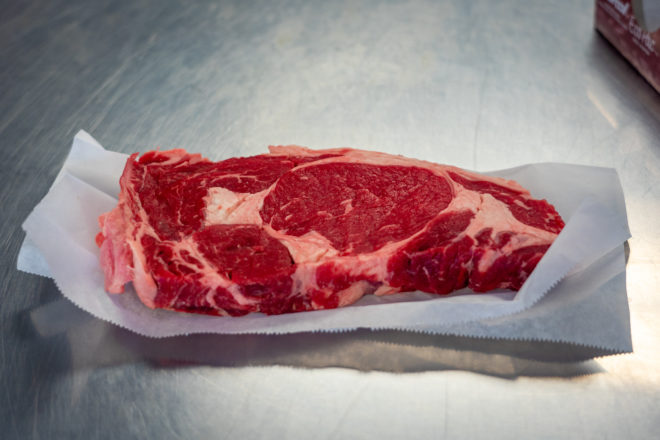 After a long winter and – as was the case this year – a consistently cold spring, it’s no surprise (locally, especially) that Memorial Day ranks as the second most popular “grilling” holiday weekend. In fact, 56% of Americans will fire up the grill on Memorial Day. If that includes you, make the most of your grill by selecting the right cut of meat to put on it.

Knowing the cuts is important for understanding the meat’s textures and flavors, and choosing how to best prepare and cook it. For example, the more marbled a cut is, the bigger and beefier the flavor will be. Leaner cuts, on the other hand, will have a more mild flavor. That’s key information, especially for novice grillers.

“Someone with a culinary background can do amazing things with any cut of meat,” said Moriah Brey, one of the owners of Brey Family Beef and Brey Cycle Farm.

But for those who are more in the amateur camp, starting with the right cut of meat for the grilling job at hand can provide a head start. A good way to begin is with a simple recipe such as burgers, and then lean on the cut of meat to provide the bulk of the flavor to wow guests.

“For burgers, I would steer you toward a ground chuck,” said Mark Marchant of Marchant’s Meats & Sausage in Sturgeon Bay.

Ground beef, he warned, can be fattier, leading to flare-ups on the grill.

Ground chuck, on the other hand, contains about 15% fat: just enough to provide some depth of flavor, but not so much that the beginning griller will have a difficult time keeping the patties from becoming overly “flame kissed.”

Selecting prepressed patties or making them yourself is another choice that often comes down to the convenience that ready-to-go hamburger patties offer.

For home chefs looking for something outside the realm of burgers and brats this holiday weekend – but a choice that’s just as simple – Brey recommends ribeye sandwich slices.

“Cook them on the grill for a couple of minutes, put them on a really good bun, flip some onions next to them, and you’re done,” she said.

It’s a grilling hack for enjoying a more expensive cut of meat, but being able to serve it to a crowd.

“You’re still getting a ribeye, but you’re getting more for your money,” Brey said.
Ribeye slices are also not as intimidating to grill as a whole steak, making them a great option for novices.

“They’re so easy because it’s not a thick cut of meat, making the grilling time really short,” Brey said.

But if you’re craving a juicy steak this weekend, both Marchant and Brey offered a few tips for success.

“Steak is always a personal preference, but you can’t go wrong with a ribeye, T-bone, New York strip or your tenderloins,” Marchant said.

On one end of the spectrum, the ribeye provides the most marbling, and thus the most intense, meaty flavor. On the opposite end, the fillet – devoid of fat – offers a more mild flavor and cut-with-a-butter-knife tenderness.

Somewhere in the middle, the New York strip is praised for having just the right amount of chew and flavor for a price that won’t drain your wallet. The T-bone, however, is the way to go for the experienced steak griller (you don’t want to overcook the tenderloin portion of the cut) or if you’re exceptionally hungry.

Also consider lesser known cuts of meat, such as chuck eye and top sirloin fillets, both of which are available at Brey Family Beef’s farm market store.

“They’re a little less expensive than those classic cuts, but they’re just as flavorful,” Brey said. “They’re just not as well known.”

Whichever cut you choose, Marchant recommends searing the steak first, then “get your grill good and hot, and go slow.”

And when in doubt, choose the slightly higher quality cut, Brey said.

“When you start with a high-quality cut of meat, it’s going to taste good no matter what.”