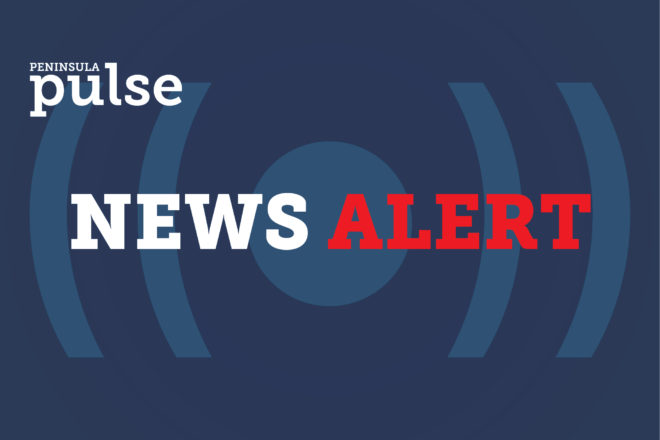 41 pedestrians have been killed in Wisconsin by vehicles this year

A 43-year-old Sturgeon Bay man has been charged with homicide by intoxicated use of a vehicle following what’s being described as a hit-and-run accident that happened Saturday on Gordon Road/County BB in Sevastopol.

Joshua J. Gann appeared in Door County Circuit Court on Aug. 29 for a bond hearing on the Class D felony charge and is currently being held in the Door County Jail on a $500,000 cash bond.

The crash claimed the life of 71-year-old Marilyn J. (Faust) Van Den Bogart, who was struck in her yard by a 2013 Ford Escape SUV.

Van Den Bogart had been fighting cancer and was looking forward to her recovery, according to her obituary, which can be found in the Community Section of this issue of the Peninsula Pulse.

The fatal accident occurred around 5:33 pm on Saturday, Aug. 27. According to the Door County Sheriff’s Office, the driver of the SUV was traveling west on Gordon Road, west of Old Highway Road, when the vehicle hit Van Den Bogart and kept going. The vehicle then crossed the eastbound lane and entered the south ditch. The SUV then struck a section of orchard fencing, where it came to rest after becoming entangled in the fence, according to the sheriff’s office.

The driver fled the scene on foot, and after a brief foot pursuit, officers were able to take Gann into custody, according to the sheriff’s office.

Lifesaving measures were administered to Van Den Bogart. She was transported by ambulance to the Door County Medical Center, where she was pronounced deceased.

The Wisconsin State Patrol Crash Reconstruction Unit was contacted to assist with the crash investigation. Gordon Road/County BB was closed for six hours and reopened for traffic at 11:29 pm.

Seeking to correct incorrect information circulating on social media, the Door County Sheriff’s Office stressed that the crash was not related to the intersection of Highway 42/57 and Gordon Road, an intersection that receives a lot of complaints and will soon be made safer by the County of Door.

“We have become aware of numerous social-media posts and comments erroneously stating that the crash occurred at that intersection,” said Chief Deputy Pat McCarty in a statement.

The Sevastopol fatality remains under investigation, and no further details are being released at this time. The criminal complaint had not been filed as of the deadline for this issue of the Peninsula Pulse.

The results of the Aug. 29 autopsy conducted on Van Den Bogart at the Brown County Medical Examiner’s Office were also not available, according to the sheriff’s office.

This is Door County’s second fatality this year. The first occurred July 19 on Heritage Lake Road in Egg Harbor, just north of the intersection of County E, when a pickup truck crashed into a tree and utility pole. Timothy V. Corn, 37, of Neopit died in the crash. The surviving victim was Emelio R. Rodriquez, 25, of Shawano.

Alcohol was also allegedly a factor in that crash.

On average, four people have been killed in crashes in Door County each year between 2017 and 2022. Over the past three years, fatalities have numbered two each year, but in 2018 and 2019, the numbers were seven and six, respectively.

Pedestrian deaths caused by motor vehicles are on the rise, according to the Centers for Disease Control and Prevention. Nationwide, more than 7,000 pedestrians were killed in crashes involving a motor vehicle in 2020, the latest year for compiled statistics. That’s about one death every 75 minutes on this country’s roadways.

In Wisconsin, more than 10% of the fatalities caused by crashes this year to date have been pedestrians killed by motor vehicles – 374 total fatalities, 41 of those pedestrians, with four months remaining in the year, according to data collected by the Wisconsin Department of Transportation’s Weekly Fatality Report.

Last year in Wisconsin, there were 594 fatal crashes, 30 of those pedestrians.