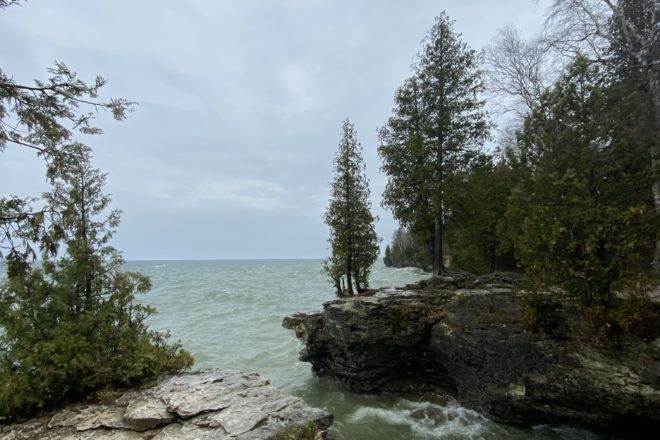 A picture-perfect weekend in Door County was marred by the deaths of two men in local waters in separate incidents Saturday. One man died at Cave Point County Park, and another at Schoolhouse Beach.

Zachary B. Nessman of Manitowoc, age 35, died after he went swimming off-shore at Cave Point County Park, according to the Door County Sheriff’s Department. According to witnesses Nessman exited the water, but collapsed and fell back in. Bystanders pulled him from the water and began life-saving efforts until responders arrived. The man was pronounced dead at Door County Medical Center.

An autopsy was completed by the Dane County Medical Examiner’s Office on Sunday, July 18. The results of the autopsy will not be known for six weeks or more. According to the Sheriff’s Department, the preliminary investigation indicates it was an accidental near drowning, with medical complications.

Later Saturday 26-year-old Masnoon Nafees was pulled from the water at Schoolhouse Beach on Washington Island. The man was reportedly under water for an undetermined amount of time before bystanders pulled him from the water and began life-saving efforts. He was airlifted to a Green Bay hospital, which announced his death Monday. The death has been ruled an accidental drowning.