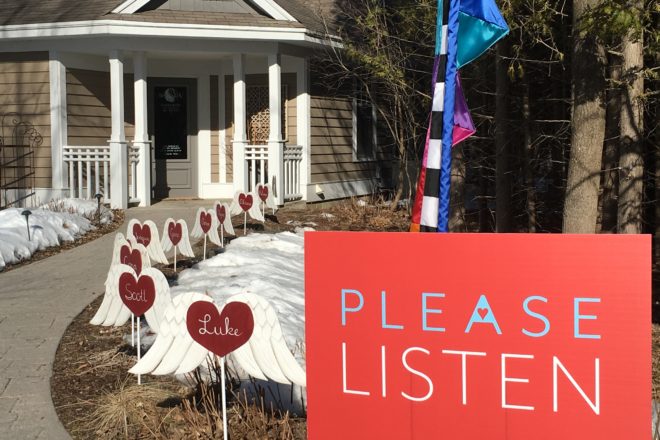 Eighty people attended the March 24 postcard writing event at the Spa At Sacred Grounds, held in support of March for Our Lives against gun violence. “Our participants made it clear; this is NOT just a young people’s movement,” reported organizer Gloria Dougherty. “One older woman said it best: ‘I don’t want to be silent anymore.’ We sent out nearly 1,200 postcards to elected officials. We hope they listen.”