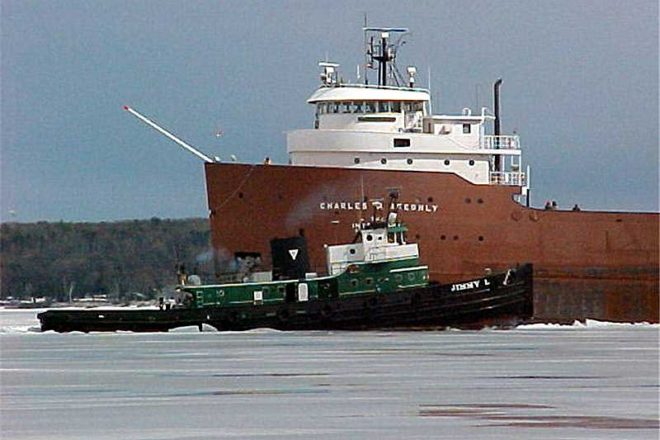 The Door County Maritime Museum’s popular Maritime Speaker Series resumes after the holidays on Thursday, Jan. 5 with a presentation by Steve Selvick delving into the history of the Selvick Marine Towing Company.

As with all the programs in the series, the presentation will be held at the museum in Sturgeon Bay beginning at 7 pm. Admission is free with the donation of a non-perishable food item appreciated.

Selvick’s green tugs have become a fixture on Sturgeon Bay’s Westside waterfront dating back to 1969 when the company was created by Steve’s parents, William and Bonnie Selvick.

Similar to his popular presentations for Learning In Retirement (LIR), Selvick will recount the family’s role in the company. Selvick is one of six children and one in a set of triplets. Later the triplets, which also included his sisters Susan and Sharon, purchased the company from their parents. Steven will delve into the two decades of ownership with his siblings.

Programs will continue the first Thursday of the month in both February and March with a couple of fascinating personal accounts. The February program on Feb. 2 will feature Richard Purinton on his travel experiences last fall to the Falkland Islands and South Georgia aboard the National Geographic Explorer. It will be followed on March 2 by Mike Peters for a presentation on his time crewing the tall ship Baltimore.