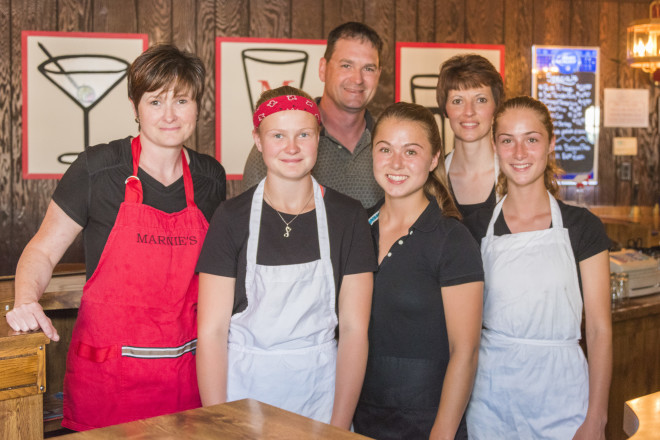 The Marnie’s family in the bar of the Southern Door supper club. Photo by Len Villano.

Now we are this.

That is what Anne Mueller and her family had to say to themselves and the world the day the decision was made to reopen the former Coun’s C Club in downtown Brussels. And they did it with brass, immediately changing the name of the Brussels institution on County C to Marnie’s Supper Club and Banquet Hall.

Businesses change hands all the time. The big deal here is that the previous owners, Darrell and Audrey Counard, retired earlier this year after almost a half-century of hosting community and family events in the only bar and 200-seat banquet hall in the immediate area. The couple had owned and run the bar/supper club since 1966. 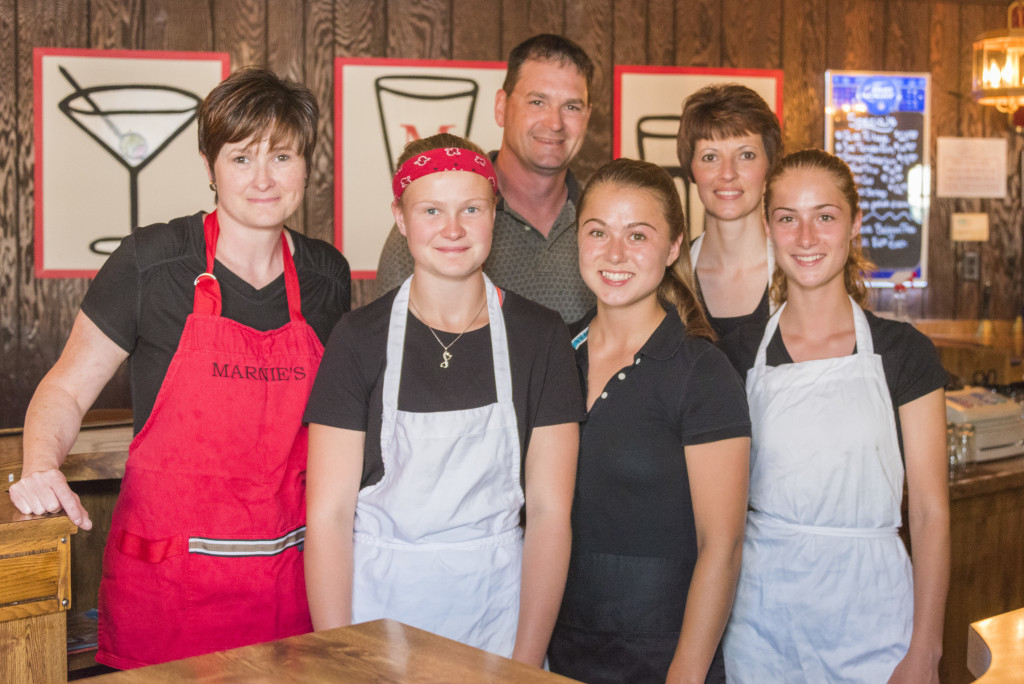 The Marnie’s family in the bar of the Southern Door supper club. Photo by Len Villano.

“They knew everybody and everybody knew them,” Anne said.

Asked how you assume the mantle of the Counards, who successfully served as hosts to momentous events in the lives of residents for 50 years, Anne had one word, “Jump.”

“Drunk?” chimed in Anne’s brother, Christian Matyshak, as he sat behind the bar polishing a giant brandy snifter that serves as a tip jar.

“Oh,” Christian said, “I thought you said you had to be drunk to take this place on.”

Marnie’s truly is a family affair, with Christian serving as the fun-loving bartender and Anne’s daughter, Gretchen, also assisting as a server.

“My husband, Marty, has a full-time job, but he comes at nights and on weekends,” Anne said.

Anne bounced around a lot of ideas for names before settling on Marnie’s. 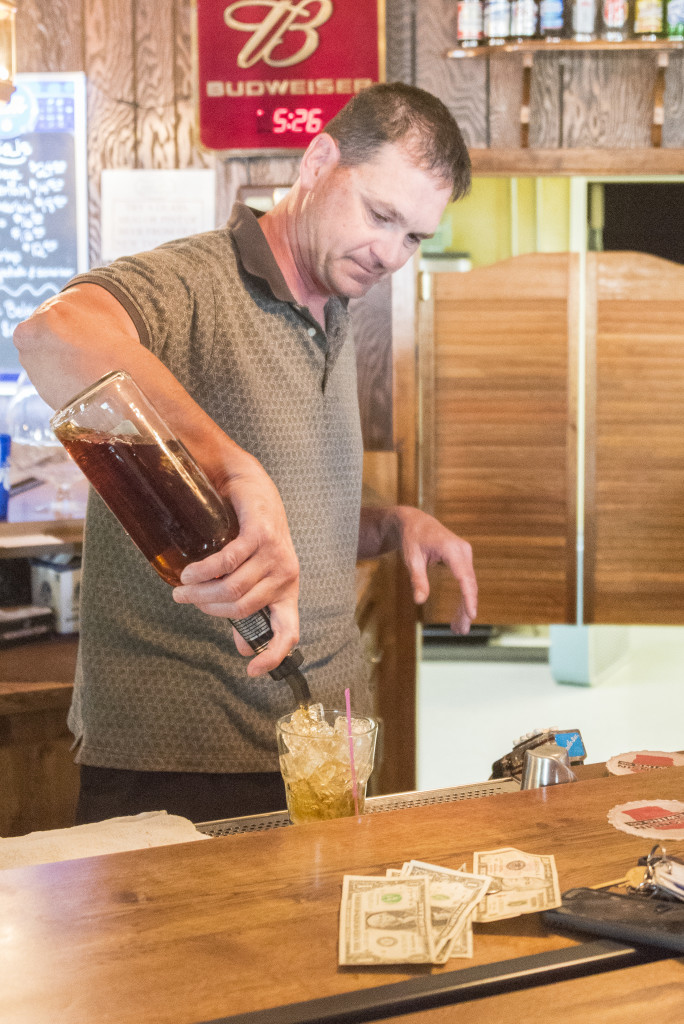 “It was hard coming up with a name that hasn’t been taken,” she said. “There are way too many things named Anne, Annie’s, Anna’s, things like that.”

The name she came up with was a way to keep it in the family. She replaced the ‘t’ in her husband’s name with an ‘n’ from her name, and replaced his ‘y’ ending with an ‘ie,’ as in Annie, and, voila, Marnie’s was born. At once she had a name and a conversation piece.

“People ask about the significance of the name,” she said. Some, she said, have even wondered why she named the supper club “Marine’s.” She gets a chuckle out of that, but looks forward to the day when someone mentions Marnie’s without adding, “Coun’s C Club.”

Anne previously had worked as a chef in the Southern Door School kitchen, but always with an eye on opening a restaurant.

“We liked this because it wasn’t just a bar, but a restaurant and a banquet hall,” she said.

That means family celebrations of all sorts, service organization meetings such as the Lion’s Club, and various events for the Southern Door School District are held here.

And since the kitchen, as she says, “is her thing” and she knows how to cook in volume, this seemed like the right place and the right time.

One of the big concerns about taking on a well-known establishment is how much you make it your own.

There were some immediate cosmetic changes that could be done with a simple application of elbow grease.

“The biggest thing we heard from people is that it was dark,” Anne said. “We brightened it up and did a lot of cleaning. People ask if we’ve painted, no, we just cleaned and opened the windows.”

The brightening included taking down all the beer signs.

“So it doesn’t look so taverny,” Anne said.

An area once filled with gaming machines is now filled with comfy-looking couches just off the bar – an inviting and relaxing corner to enjoy a cocktail with friends.

“They haven’t quite caught on yet,” Anne said of the lounge couches.

But some things you don’t change because they are effective, and that certainly applies to the menu.

“We still have broasted chicken because that’s big around here. Sunday is kind of chicken day,” Anne said. “Fish fry on Friday. You’ve got to have that. Steak and seafood on Saturday. We’ve had coconut shrimp for the last couple of weeks.”

Pizza is also a popular menu item, with several calls for takeouts coming in as Anne talked.

Being a practical woman, Anne Mueller isn’t willing to speculate on whether Marnie’s will be around as long as her predecessors were, but if you’re around in 2065, stop by and see.