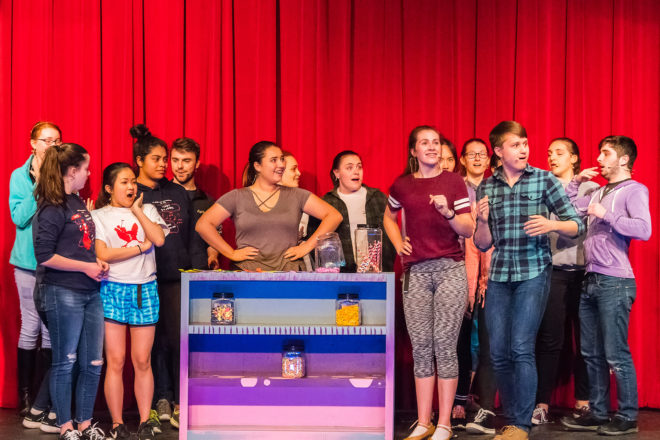 The cast of “Mary Poppins the Broadway Musical” perform “Supercalifragilisticexpialidocious” during a rehearsal for the Sturgeon Bay High School production. Photo by Len Villano.

Sturgeon Bay High School is putting creative power in the hands of its students. When Mary Poppins The Broadway Musical opens on April 25, Door County residents will get the opportunity to see a show that was completely executed, from technical design to costumes, by its student base.

The Theater Arts program, as it’s called, was first piloted in the Sturgeon Bay middle school. The program existed for eighth graders for the last 28 years, and Leslie Hill directed the show for the last 18. The program is set up with a kind of apprenticeship format, as students need to apply to be accepted into a specific track.

The program was so successful in the middle school that the decision was made that the high school could implement the same structure.

“This was a new program being done in the high school, so we wanted a show with name recognition to launch this new program. We thought Mary Poppins would be a good choice,” Hill said. 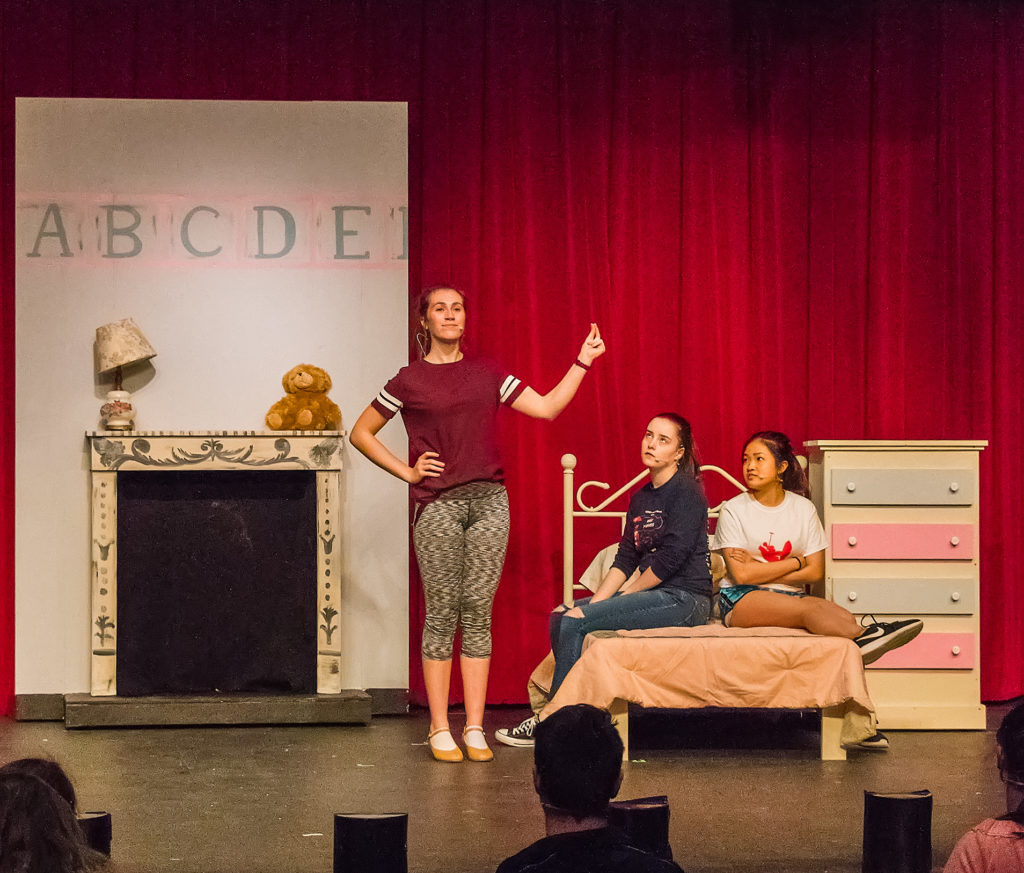 The introduction of the program has proved to be a boon to student involvement, as student participation in the high school musical more than doubled this year.

Hill is working with a group of 32 student actors, many of whom worked with Hill in the same program while in eighth grade. Because of this consistency, Hill is able to put a great deal of trust into the hands of the performers.

“They know that it’s their show. While I provide the leadership, I’m always looking for their input and their ideas,” Hill said.

Brian Pahl is the high school technical teacher and has a group of students designing the set as well as learning how to work with sound and lights. SBHS has the smallest stage in the county so the biggest obstacle has been creating a set that would fit on the stage. Due to this obstacle, Pahl has led students to make double-sided set pieces that can be used for multiple scenes.

Under the direction of Natalie Townsend, the Family Consumer Education teacher, the students researched the kind of clothing worn by people in the 1910s. Each student was assigned a character, measured the actor they would be designing for, then put together a costume:  sewing some of the pieces themselves and finding any additional pieces in the Costume Consortium at Sunset Elementary School. 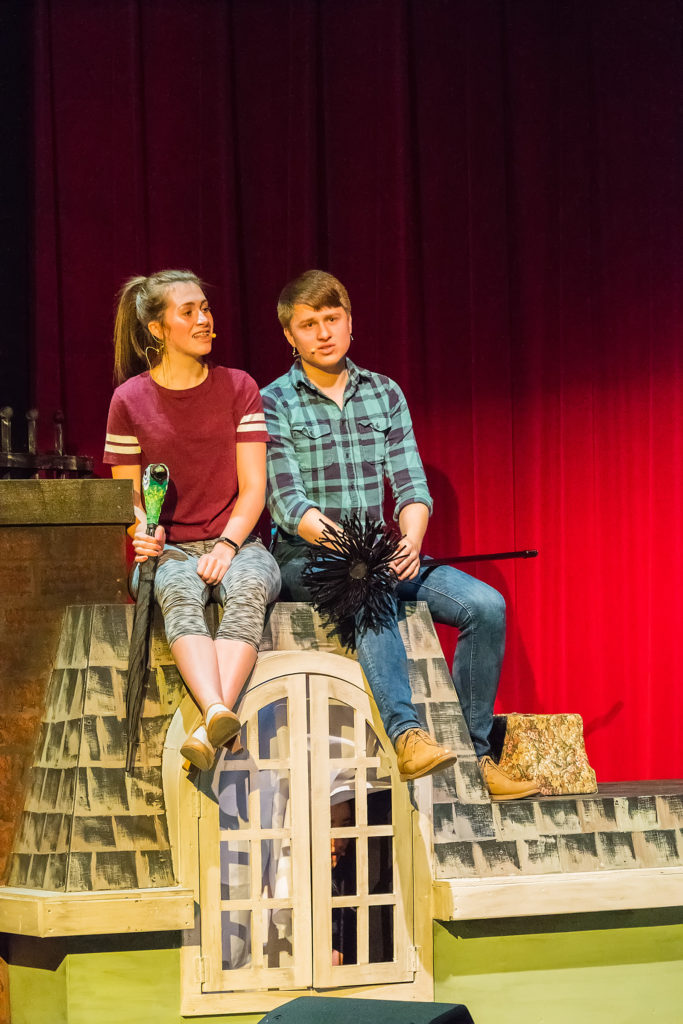 Still, it is an impressive collaboration among students and instructors that will ultimately lead to the production. Hill summed up their mission statement by saying, “What we’re trying to provide to the kids is an understanding of all the careers that are available in the arts.”

As part of a long-lasting Sturgeon Bay tradition, Mary Poppins will open with a Wednesday morning performance for area senior citizens with a free luncheon directly following the show. The student council hosts this event and the High School Service Club serves the lunch. This event had always taken place prior to the eighth grade show and Hill felt it would be a perfect kick-off to Mary Poppins.

“It’s a great way for the kids to get their feet wet, because it’s always a supportive environment. People look forward to it every year,” Hill said.

Along with the teachers and students involved, the show will feature a volunteer pit orchestra of 10 local musicians, consisting of teachers, staff members and some generous community members.

For local senior citizens interested in attending the free performance April 25, followed by a free luncheon, call the school at 920.746.2819 to make reservations. Evening performances of Mary Poppins will be held April 26 and April 27 at 7pm. A Saturday, April 28 matinee will be performed at 2pm. Tickets are $10 for adults and $7 for students, and will be available at the SBHS auditorium box office 30 minutes prior to each show.