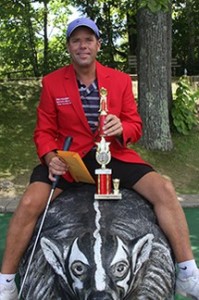 After three rounds of golf, McCaslin and Nathan Gomoll were tied with a score of 104. McCaslin won a tiebreaker by getting a hole-in-one on hole #7, The Bear, to take first place, with a cash prize of $2,000, trophy and the Red Jacket. Eric Kraft placed third with a three round score of 105. McCaslin also took home the trophy for Best Single Game with a score of 32 in the second round. 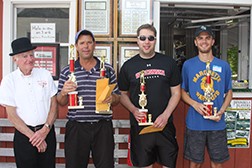