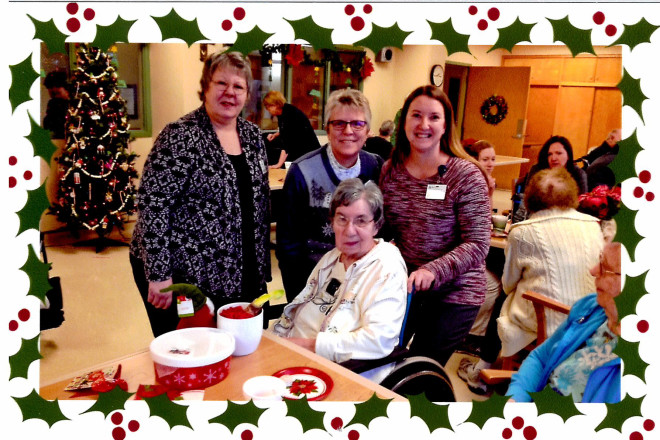 It’s hard to believe you are within the walls of a hospital after taking the elevator to the second floor of Ministry Door County Medical Center and seeing raucous board games, artwork and a cat running down the hall. It feels more like a senior social hour.

Throughout December, the social aspect of the Skilled Nursing Facility (SNF) hits a new level as the facility’s Secret Santa program touches every resident in the 30-bed unit. For more than 10 years, the Secret Santa program has paired up hospital staff with the long-term care residents in the SNF to share some holiday spirit.

“I put an email out to the hospital staff and the emails came back before I could even leave work. It’s totally full,” said Activities Director Jodi Falk.

Director of Nursing Judy Sinitz chimed in, “Our staff was disappointed because they wanted residents and there was nobody left.”

During the course of four weeks, hospital staff gives four gifts to a resident that they have been paired up with. In the final week before Christmas, the staff member reveals themselves to the residents in what can be an emotional moment.

“They can’t believe that someone they have never met has been doing this for them all month,” said Falk. “Our staff does so much for our residents already…I thought it would be so neat if we could get other people involved.” 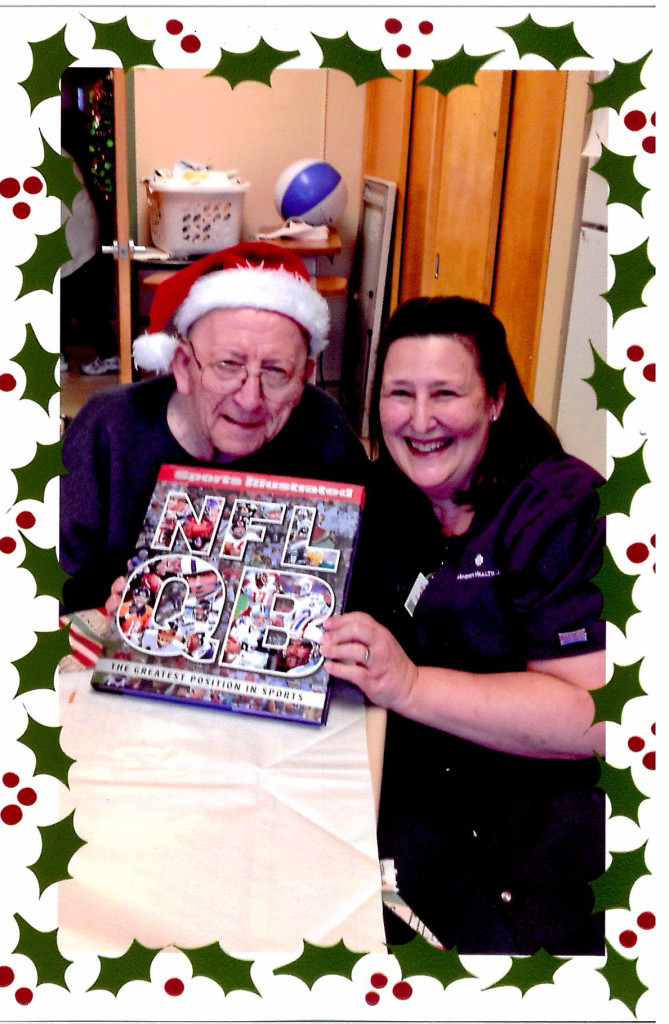 The program started with just the SNF staff and the residents they care for. When Falk opened it up to the rest of the hospital, she was surprised at the response she got. This year, she has eight more staff members looking to participate than she does residents to receive gifts.

While the program is lighthearted and often humorous, Sinitz highlighted the importance of these kinds of programs in the stability and cognition of long-term care patients.

“Elderly people, they lose relationships primarily through death. They outlive the folks around them, they outlive family members, they outlive friends, they come out of their home and they come into a facility to live. There’s a lot of transitions that are done so quietly that I don’t think the general public is sensitive to all the losses that folks can have,” said Sinitz.

While families usually visit the facility near Christmas, the weeks at the beginning of December can be quiet as some residents do not have family members living in the area.

“Anything that we can do to build them up and maintain them at a high level is important…when I’m talking about stimulation, seeing different people, different input, the more that we can stimulate people cognitively, the more they are able to operate at a higher level. The quality of life improves tremendously.” 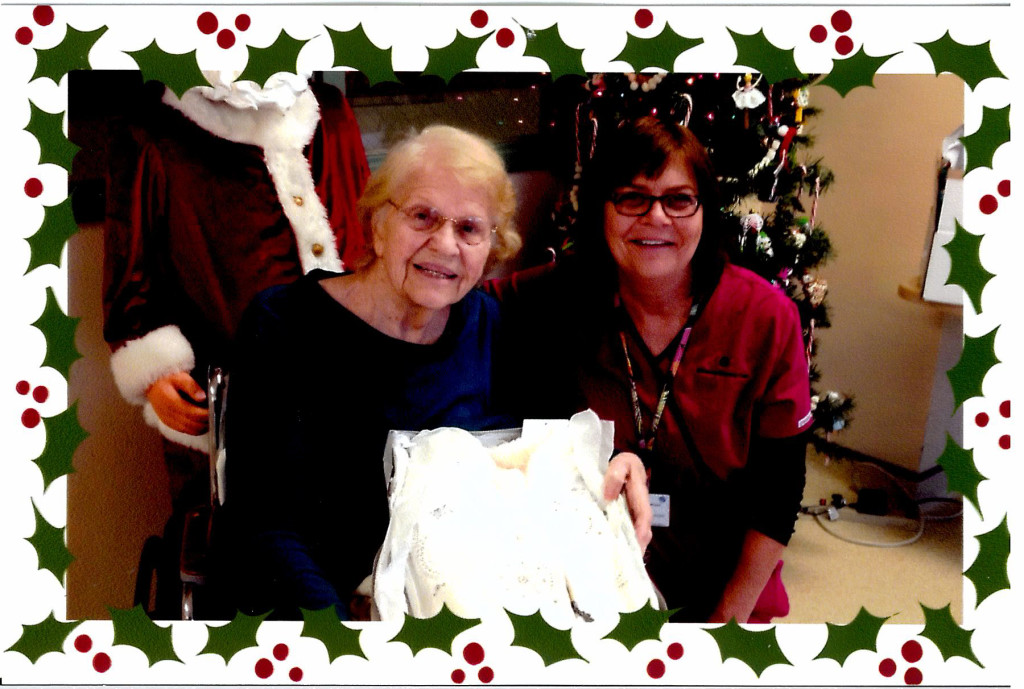 Meeting new staff to form lasting relationships and receiving gifts or simply the concept of a surprise to look forward to can have this cognitive effect on the residents.

With the success of the program, Falk hopes to expand the idea throughout the year and create a buddy system between SNF residents and hospital staff. The Secret Santa program can only go so far, as most patients in the rest of the hospital are housed for an average of two days, unlike the residents in the SNF.

“We are a long-term care unit, so layman’s terms for that is a nursing home,” said Sinitz, commenting on an important distinction between the SNF and the hospital. “By licensure we are a freestanding facility, so even though we are walled within the four walls of the hospital or the medical clinic, we are still our own facility. Because we’re just small enough, staff develops very close relationships with the residents. Not that that doesn’t happen in other facilities but I think we have an advantage just because of our size.”

“The staff really tries to look at what their interest is so it appeals to what they enjoy,” said Sinitz.

“I can remember one year somebody made a Christmas decoration that they could hang on the back of their wheelchair,” said Falk. “I thought that was so clever.”

Other memorable gifts include a handmade blanket with images of horses for the man that loved horses or a Belgian beer for the man from Belgium.

Falk and Sinitz believe the program and the support and enthusiasm behind it highlights the generosity of the Door County community.

“The county overall is a very giving place,” said Sinitz. “I think people here appreciate taking care of your own. I think Ministry Door County Medical Center is a wonderful example of what the entire community does. Here, our residents benefit from it tremendously.”