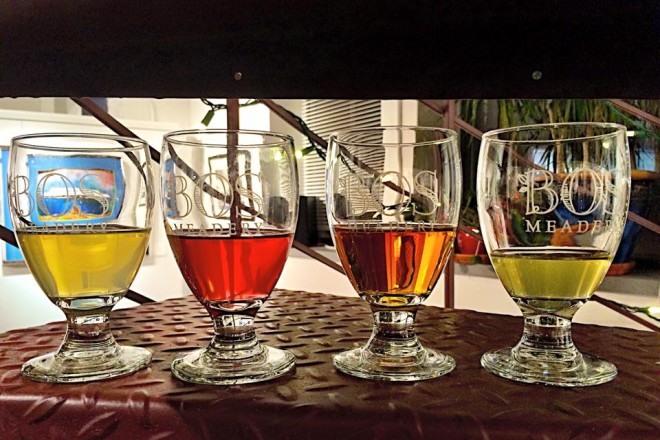 You can thank Odin and recycled mead for all the bad poetry in the world. 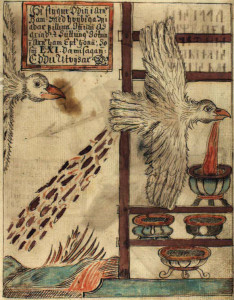 According to Norse mythology, Odin stole the “mead of poetry” from the giant Suttungr by drinking all three vats of the precious inspirational mead. He then turned into an eagle to fly back to Asgard, home of the gods, pursued by Suttungr, who turned into a much larger eagle. Just as Odin was about to enter Asgard to regurgitate the mead into waiting vats, he accidentally excreted some mead, which fell to Midgard – the world of humankind. The excreted mead is considered the source of inspiration for bad poets, while Odin personally dispenses the mead of inspiration to true poets.

Mead – also known as honey wine, nectar of the gods and ambrosia – is the world’s oldest fermented beverage. In addition to its known use among Norsemen, it has been traced to ancient China and India, and is referenced in ancient Greek texts. Ancient Celts believed a river of mead awaited them in heaven.

Its popularity around the world can probably be attributed to how easy it is to make a batch. Honey, water and yeast are all you need. Of course, early mead was fermented with naturally occurring wild yeasts; it wasn’t until 1857 that Louis Pasteur identified yeast as the cause of fermentation, causing brewers to cultivate yeast.

Mead has been dragged into the 21st century on the tailcoat of the craft beer evolution/revolution, and like craft beer, modern versions of mead are taking endless variations, with a variety of honeys, flavor additions and techniques such as aging in oak barrels. You can find sweet mead, dry mead, sparkling mead, fruity mead, spiced mead, hopped mead – really, it’s only limited by the imagination of the mead maker. 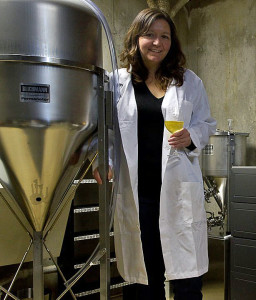 “That’s one of the things that surprises people,” said Colleen Bos, of Bos Meadery in Madison. “There’s such an incredible variety in what you can do just starting with honey as the base ingredient, then using fruits or spices or herbs. You can just go in so many different directions with it.”

As with many who have grown up with the craft beer evolution/revolution, Bos came to mead through homebrewing.

“I’m a Charlie Papazian-initiated homebrewer,” she said, referring to the man who wrote the book that has introduced so many to homebrewing since it first appeared in 1984 – The Complete Joy of Homebrewing.

“I started working through the book. It became quite a passion for me,” Bos said.

Papazian includes mead recipes in his book, so when Bos had tried all the beers she could think of, she decided to give mead a try.

But she came to it with some knowledge.

“I do have two Master’s degrees in medieval history, so there was a certain special interest in mead from having taught Beowulf and things like that, which gave me a little bit of insight into mead,” she said.

“I made the first batch and really liked it a lot. It was a citrus honey mead with a little vanilla in it,” she said. “It was very dry and I liked that a lot. When I went out and tried to find commercial meads to buy, most of them were pretty sweet. I liked the drier mead, so over time I started to develop the idea that it would make sense to start making mead for the drier mead market.”

Actually, her first thought was to open a brewery that also made mead. In 2006 she went through beer school at the prestigious Seibel Institute in Chicago. 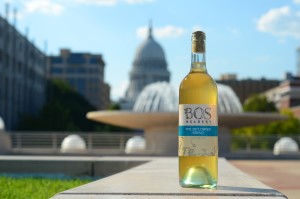 “I continued to work on a business plan and look at the market and felt like it made sense to just focus on mead,” she said. “It’s taken a long time to get where I’m at. You learn an awful lot along the way, taking entrepreneurial training courses and learning more about business and researching the permits and things you need like that.”

In 2012 she began producing mead commercially and on Feb. 15, 2015, Bos Meadery opened a tasting room on Washington Avenue in Madison.

“We’re off to a great start,” she said of the tasting room. “I’ve been really delighted at the number of people who are interested in mead and are looking to have an experience. We’ve also just had people walk in off the street who know nothing about mead – we’re in a nice central location. They are curious about mead. And we’ve had really wonderful reactions.

“I’ve actually heard from people who had the same experience I had, that they like mead but they find the commercial meads a bit too sweet. And they’re excited to find a commercial mead on the drier end of the spectrum. I think there are a lot of people who expect it to be like a beer and are quite surprised that it’s not exactly like wine, not exactly like beer. It’s its own category.”

And then there is a whole other group of mead fanciers.

“We have found that there’s a whole group of folks who watch Game of Thrones or who have read those books,” Bos said. “They talk about mead in the books. There’s a whole younger demographic that are into that series that have an interest in mead as a result of that. It’s funny how popular culture can impact those things.”

Last year Bos Meadery was contracted by the Brown County Renaissance Fair to produce a mead specifically for the event.

“We got some wonderful reactions from that,” she said.

Bos looks forward to expanding the idea of mead.

“I think one of the most exciting horizons that I see for myself is working more with different varietals of honey,” she said. “I’ve had some folks in who have tasted our Buckwheat Mead and are amazed at how different it is from mead made with honey from Wisconsin wildflowers. Buckwheat is a dark honey that has a distinctive, almost malty flavor. We’ve used cranberry blossom honey to make mead and have gotten some great reactions with that as well. I would love to play with more varietals of honey.”

You can really see mead’s tie to craft brewing when Bos talks of her next release, and you know that low-alcohol session beers are all the rage in craft brewing.

“One of the things we’re going to try to do for the summer months is come up with a low-alcohol mead. What we call a session mead,” she said. “The first batch is going to be infused with Door County cherries. We think it’s going to be very popular, especially since there is so much interest in the craft beer community. They’re used to something that is beer strength. We’re trying to come up with a mead that is the strength of beer but still has that honey flavor, and, of course, Door County cherries have a real nice finish to that.” 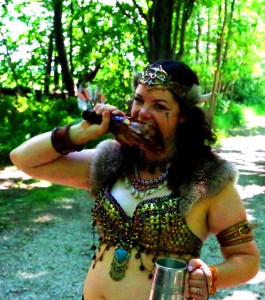 Renaissance fairs are one place you are sure to find mead. The Door County Renaissance Faire began selling mead last year, according to William Hitt, tavernmaster of the Olde Knights Tavern at the fair.

“When we started, we did not initially get the wine license to enable us to serve mead, only fermented malt beverages,” Hitt said.

So the first few years of the festival, attendees could drink 1554 Black Ale and Fat Tire from the New Belgium Brewing Company of Fort Collins, Colorado. Or if they didn’t like beer, they could choose from Bud Light and some hard lemonades.

Organizers did obtain a wine license for the 2013 event, but too late to obtain mead for that event.

Later that year, while attending the Minnesota Renaissance Festival in Shakopee, Minnesota, Hitt met Jim Bird, the owner of J-Bird Wines, a Minnesota-based mead maker, sole provider of mead for that renaissance fair.

Hitt said Bird has a dozen meads at the Minnesota event, and he was taken with one in particular called Egypt’N, a mead made with honey, hibiscus tea, and lemon.

“My second favorite was their Honey-Rhubarb, which seems to be the favorite of the Ladies of the Court,” he said.

Before the 2014 event, Hitt made a trip to J-Bird Wines and returned with 20 gallons of mead for the Door County Renaissance Fai 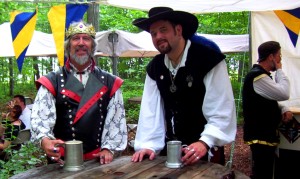 “As it turned out, it went very well,” he said. “We were totally out of mead before noon on the third day of the four-day fair. We plan to obtain the same varieties for this year’s fair. The only real question is what quantity, as we must pick it up in May when the winery has its sale, and then be able to store it properly until the fair on June 27 & 28 and July 4 & 5 this year. We’d like to use closer/local sources for our products but until they are available with the same or similar quality and taste we must do what we have to.”