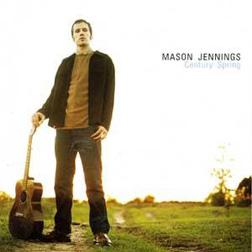 Mason Jennings – his voice and his music – is a time and place in the life of Sally Slattery. I reached for his CD Century Spring at the Eau Claire Public Library when I was 17 for two reasons: (1) the cover displayed a tall, good-looking man (2) that tall, good-looking man held a guitar. I brought the CD home and listened.

Eight years later, I listen to the same CD, and it’s like flipping through a photo album. Jennings’s folksy tunes bring back the chlorine and cafeteria scent of Elk Mound High School, the orange lockers lining the hall and the rusty pick-up trucks in the parking lot. His voice is learning how to make scrambled eggs. It’s watching episodes of Friends. And when the song “Bullet” comes on, I remember quickly skipping to the next song before my mom heard the one and only f-word on the CD and gave me a lecture on cussing.

The songs remind me of the boy in my youth group who left voice messages with his first and last name. They remind me of driving down Interstate 94. They remind me of coming home from basketball practice, eating salty microwave popcorn, and reading The Scarlet Letter for Mrs. Dempski’s class.

I listen to the last song, “Adrian,” and remember sitting alone in my mother’s green Toyota, repeating the soft simple tune over and over after my classmate died in a car accident.

On December 10, 2005, I am 20 years old, standing between my sisters Sara and Tracy at a popular Minneapolis music venue, First Avenue, while a cropped-hair Mason Jennings closes his concert by singing “Santa Clause is Coming to Town.” He plays the piano, smiling, and the audience sings along. A man with a burly beard raises a tall glass of beer for the umpteenth time since the show began and yells, “Mason! Mason!”

Jennings was my musical breakthrough – the musician who led me out of the bubble gum, teenie-bop realm of Backstreet Boys and Britney Spears. I remember thinking, “yeah, this is what I like” – a voice and a guitar, and real, raw lyrics that come from experience. 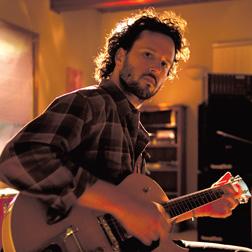 On May 7, 2011, Jennings is performing at the Door Community Auditorium at 7 pm. I will attend, with my sister Sara, and realize how much we, and maybe he, have changed since 2005.

With the swirling confusion and longing that is the age of 17 now waning, though not yet gone, I look forward to this performance. At 25, with a whole host of experiences and realizations about life, and love, and pain, I am certain the music and lyrics will mean something different to me, while providing a soundtrack for this part of my life.