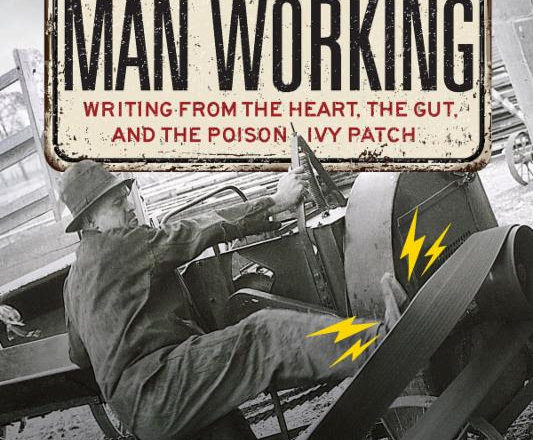 New York Times bestselling author Michael Perry returns to the Wisconsin Historical Society Press this fall with a new collection of essays that takes readers from Mt. Rainier in Washington to the poison ivy patch at home.

From musky fishing to mountain climbing and from playing handyman to raising daughters, Danger: Man Working: Writing from the Heart, the Gut and the Poison Ivy Patch showcases essays Perry has written during 15 years as a freelance writer for such publications as Men’s Health and Backpacker magazine. With humor and self-deprecation, the essayist in Perry lays out what he calls “shovels full” of life as it happens, with all its depths and charms, compiling a collection that warms the heart and tickles the funny bone.

The range of subjects in Danger: Man Working is wide – from Lightnin’ Hopkins to the frozen head of Ted Williams – and includes some of Perry’s favorite essays. Among them are pieces that allowed Perry to turn the lens outward, such as his essay on mountain-climbing Iraq War veterans. “My greatest privilege,” Perry notes, “lies not in telling my own story; it lies in being trusted to tell the story of another.”

Perry is the author of Population: 485 and Society Press’s Roughneck Grace and From the Top, as well as the New York Times bestseller Visiting Tom. His live humor recordings include Never Stand Behind a Sneezing Cow and The Clodhopper Monologues. He lives in rural Wisconsin with his wife and daughters and is privileged to serve as a first responder with the local fire department. He can be found online at sneezingcow.com.