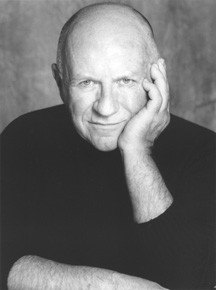 Singer-songwriter and guitarist Michael Peter Smith will be featured in concert on Dec. 7 at the White Gull Inn in Fish Creek. Tickets for the 8 pm concert, the second in a series of six, are $16.

The prolific songwriter with close to 500 original tunes in his catalog and two Tony Awards to his name got an early start. Born and raised in South Orange, New Jersey, Smith bought his first guitar at age 15 (for $5) and was soon playing in a group called The Kalypso Kids.

After college in Florida, Smith relocated to Chicago with his wife Barbara Barrow, where they became regulars at venues such as The Earl of Old Town, Somebody Else’s Troubles, Holstein’s, No Exit and Orphan’s. He would go on to win four Joseph Jefferson awards, Chicago’s equivalent of the Tony, for his one-man autobiographical show Michael, Margaret, Pat & Kate, which played at the Victory Gardens in 1994.

Smith has since released a number of records and continues to travel, playing concert halls house concerts, clubs and festivals.

Future concerts scheduled in the concert series include Lou & Peter Berryman on Jan. 11, Garnet Rogers on Feb. 22, The Steel Wheels on March 28 and Special Consensus on April 11.

Advanced ticket purchase and reservations for the pre-concert dinners are recommended. For more information or to purchase tickets call 920.868.3517 or 800.624.1987 or visit http://www.whitegullinn.com.