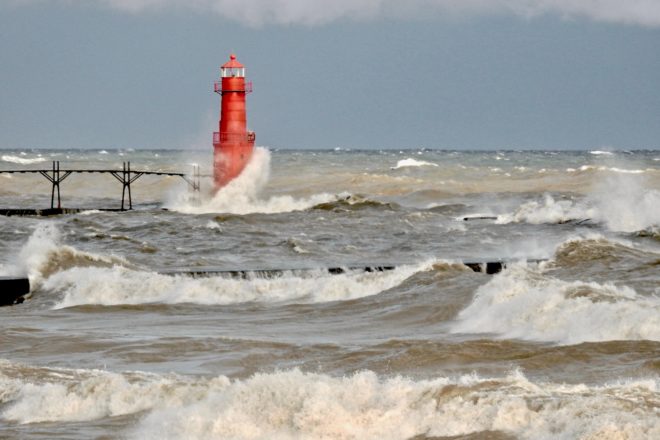 Two down, two to go.

The Departments of Natural Resources in Michigan and Indiana have announced significant increases in chinook-salmon stocking beginning in 2020. Both states are planning to raise and release an additional 150,000 chinooks, or 300,000 combined.

In addition, Indiana is going to reduce fall fingerling plants of coho salmon and raise and release fewer, but larger cohos in spring – a strategy that has resulted in more and bigger fish returning to the St. Joseph River in recent years.

Plenty of Wisconsin anglers and businesspeople have asked the DNR and state Natural Resources Board to stock even more chinooks (kings) while seeking reduced lake trout plants by the U.S. Fish and Wildlife Service.

“Hopefully we’ll have [our plan] out in the next month,” Eggold said. “We’re still working through the process.”

Eggold said the DNR received more than 90 comments via email and heard from dozens of anglers during meetings in Green Bay and Milwaukee last month.

“At both of the September meetings, we had someone taking notes, trying to capture the ideas and comments,” Eggold said.

The Lake Michigan Committee has a formula known as “chinook-salmon equivalents” that estimates the impact of individual trout and salmon species on the forage base compared to that of chinooks, which are known to target alewives almost exclusively. During a chinook’s lifetime, the committee estimates that one king consumes about as much food as 3.2 coho, 2.4 steelhead, 2.2 brown trout and 2.3 lake trout.

This formula is not without its detractors, however, because lake trout, on average, live for many more years. Ongoing research should produce more detailed estimates of lake-trout diet, age and population from fish around the lake.

Jay Wesley, Michigan DNR Lake Michigan Basin coordinator, said the lake’s predator and prey balance has improved in recent years. Much of the credit goes to stocking cuts implemented in 2013, as well as some years of less-than-expected natural recruitment. Wesley said biologists are still concerned with the uncertainty of alewife year-class strength and how much wild reproduction of salmon to expect.

Substantial natural reproduction of chinooks has been documented, mainly on the Michigan side of the lake. Fish managers caution anglers that increasing stocking will increase pressure on the forage base.

Recent studies have found natural recruitment of some trout and salmon species in select Wisconsin streams, including some in Door and Kewaunee counties.

Rainbow trout (steelhead) were the most common species found to have been naturally produced. Beginning two years ago, all steelhead stocked by the four Lake Michigan states have been coded-wire-tagged and adipose-clipped to try to get an idea of just how many are coming into the system via adults spawning in tributaries.

More than enough chinook salmon eggs were taken from healthy fish at the C.D. “Buzz” Besadny fisheries facility near Kewaunee this month to provide fingerlings for next spring’s stocking, no matter what the final number is.

Fisheries biologist Nick Legler said more than 2,000 chinooks were handled for data purposes at Strawberry Creek and “at least 500 more” died from beaching themselves in the flooded marsh or succumbing to low dissolved oxygen levels.

Through Oct. 10, more than a thousand chinooks were handled and a million eggs taken from fish at Besadny. Cohos are being sorted and held in ponds on site, with the first coho spawning set for Oct. 30.

Legler said he won’t have all the data put together for some time, but anecdotally, he believes this year’s chinooks are well above average in size.

Daylight Saving Time begins Nov. 3; set your clocks back an hour the night before. Sunrise will be pretty close to 6:30 am that day, and we’ll have a little more than 10 hours of daylight.

• The deadline for purchasing a Lake Winnebago spearing license for the 2020 season is Oct. 31. Get a license through a license agent, or check GoWild.WI.gov.