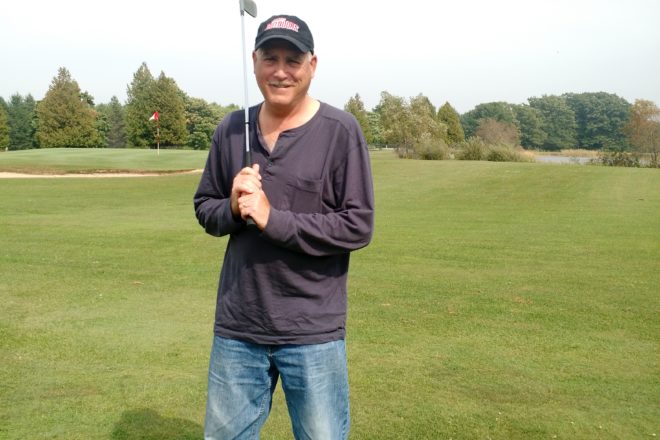 It seems that this is the year for hole-in-ones at Deer Run Golf Course on Washington Island.

On Sept. 20, Mike Kwain of Orland Park, Ill., experienced a hole-in-one on hole #8, with a shot of 145 yards. He was using a 5 iron and a Titleist ball. He was playing with his brother, Steve Kwain and a friend, Brian Cline, who were his witnesses.

Mike and his brother have been coming to Washington Island for years to fish and always like to fit in a round of golf. Mike mentioned his golfing game was far better than the fishing has been so far this year.